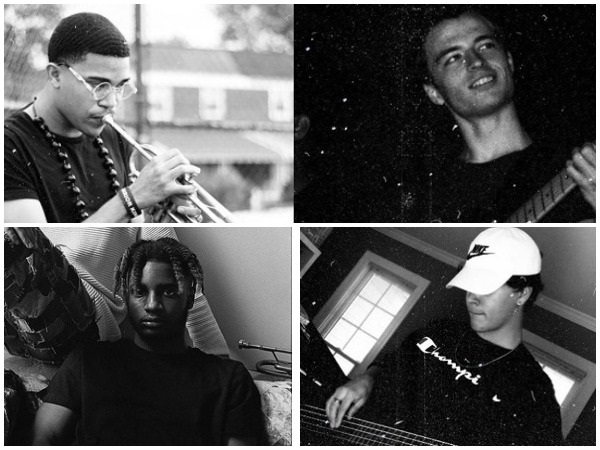 Led by trumpeter, producer, and vocalist, Cyrus Mackey, Kenyatta takes a four-piece band to new levels. This group prides itself on its genre-bending of modern hip hop, R&B, pop, and soul, taking songs from classic artists such as Drake, Frank Ocean, and Kanye West in the common jazz idiom.

Cyrus Mackey is an American Trumpeter, Composer, and Producer. Growing up in Chicago, he picked up the trumpet in 5th grade, later learning about jazz from his grandfather, who introduced him to artists such as Miles Davis, Lee Morgan, Jimmy Smith, and Herbie Hancock. These became his first influences. He first began playing jazz in his high school, Chicago High School for the Arts, while simultaneously learning from the wide variety of art and culture that Chicago provides. He later transferred to Dillard Center for the Arts where his school won first place in the Essentially Ellington High School Jazz band Competition in 2018.

In his final year of high school, Cyrus was able to tour multiple European countries with Carnegie Hall’s National Youth Jazz Orchestra in 2018, its inaugural year. He was later named a 2019 National YoungArts Foundation Finalist in Jazz/Trumpet.Cyrus began expanding his musical palette by venturing into the world of sound design and music production since 2018. Since then he has produced for esteemed local and international clients. Cyrus has been mentored by and studied with some of the world’s greatest jazz musicians, such as Nicholas Payton, Sean Jones, Roy Hargrove, and Wynton Marsalis.

Reggie Thomas is a drummer, composer, and producer from Baltimore. He received his undergraduate degree from New York University in Jazz studies and recently received his masters from the New School in Arts Management. Over the past 6 years, he has played and studied internationally. He is currently back in Baltimore teaching elementary school music, performing and writing

Will Hazlehurst is a young bassist who recently moved up into Baltimore. He is currently studying jazz performance at the Peabody Institute and has played with artists such as Sean Jones, Wycliffe Gordon, Quincy Philips, and John Faddis.

Charlie Reichert Powell is a guitarist, producer, and composer based in Baltimore. Originally from Chicago, he grew up both playing in the rich music scene there and contributing to the electronic music scene on the Internet under the alias Zephire. He leads his own group, New River, playing his original compositions, but his wide breadth of influences allows him to chameleon to any artistic situation he is in -- as a guitarist, he is embedded in the jazz and RnB scenes, explores free improvisation in various settings, and works regularly as a freelance session musician. As a producer, aside from his solo work, he works in collaboration with a wide variety of musicians, pivoting to rap, alt, J-pop, and more experimental work. As a composer, he has written extensively for his own group, in addition to writing acousmatic/electroacoustic works and big band charts. While still in high school, he received a commission to compose music for a production of Mary Zimmerman’s Metamorphoses. A recent collaborative effort, the VIBES concert series, resulted in three pieces for fixed media and dance. He is currently in his at Peabody Conservatory, where he studies with Matt Stevens.