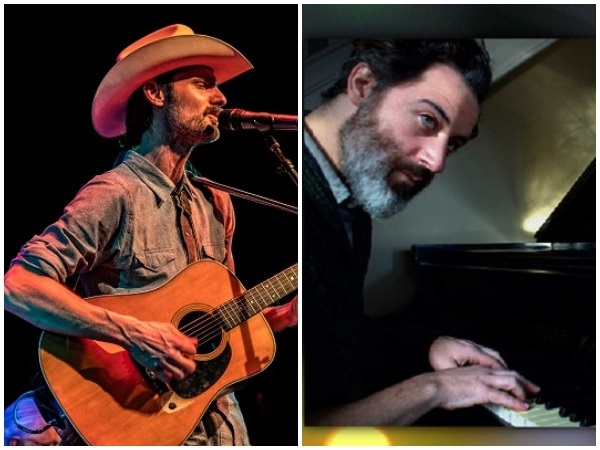 Back by popular demand, Caleb Stine performs again on our stage, this time with the sensational pianist Nick Sjostrom!

The BALTIMORE SUN has called Caleb Stine the “lynchpin of the Baltimore folk scene.” Flying just below mainstream radar, Stine keeps the music honest– hardworking, genuine, and unafraid to tell it like it is. To date, Stine has released over ten albums, scored music for films, acted Off-Broadway, and played guitar with Vieux Farka Toure.

Nick Sjostrom, one of the most talented and influential musical recordists in the history of the Baltimore music scene, performs on his own and with others at his first headline gig in...like a million years.  Nick appears to be everywhere - engineering and playing on some of the region's finest recordings (Caleb Stine, The Honey Dewdrops, Linda Nelson, Letitia VanSant, Ellen Cherry), performing with a variety of groups as a multi-instrumental sideman, releasing his own stunning album.  Tonight, we finally get to see Nick deliver his own unique material.  Come hear Nick Sjostrom - he is one of the great driving forces in the Baltimore music scene.

Streaming cost is $5
Donations are welcomed!.

Please do not share the link among your friends, rather encourage them to purchase the link for just $5. Tthe artists greatly need the support during this time of shuttered venues.