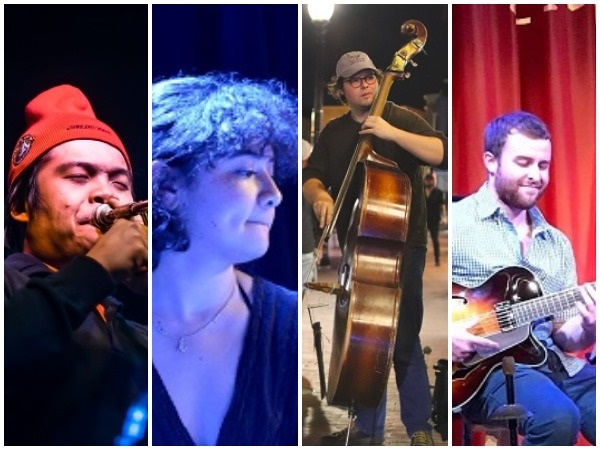 Get Web Access to the Video A link for viewing the event WILL BE EMAILED TO YOU from andiemusiklive@gmail.com or henry@andiemusik.com within 24 hours.

Accomplished musician Christian Hizon is an in-demand trombonist, educator and session player in the D.C., Maryland and Virginia music scene. A graduate of the Peabody Conservatory of Music with a degree in Bass Trombone Performance, he has studied and performed with numerous first-rate musicians including Gary Bartz, Sean Jones, Larry Willis, Gary Thomas, Alex Norris, Todd Marcus and the National Symphony Orchestra. Although adept at many styles including classical, funk and hip-hop, Hizon has focused towards jazz leading groups or performing as a sideman at venues such as the Kennedy Center, Creative Alliance, Bohemian Caverns and Keystone Korner. In addition, he continues to perform and host the bi-monthly jam session at Baltimore’s An Die Musik. Hizon continues to develop his sound, blending the traditional jazz language with a modern compositional style.