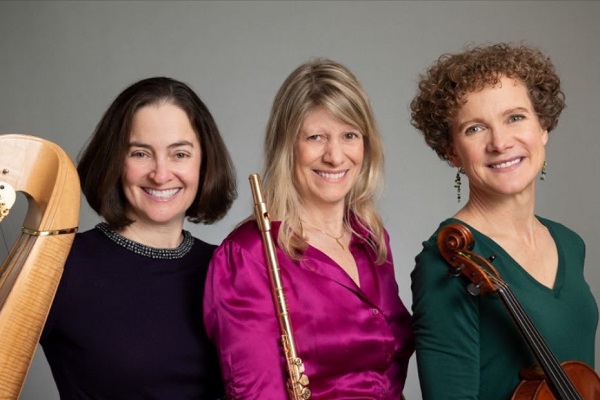 A recording of their live performance on March 7, 2021

Ruth Wicker, a native of Germany, studied at the Curtis Institute of Music in Philadelphia and graduated from the Staatliche Hochschule fur Musik Koln. As the recipient of a Graduate Teaching Fellow Scholarship, she received her master’s degree from the University of Oregon. Her primary teachers include Joseph de Pasquale and Rainer Moog, and she studied Chamber Music with Felix Galimir, Karen Tuttle, Primosz Novsak, and the Alban Berg Quartet.

Ms. Wicker has given recitals in Europe (including Switzerland, Germany, and Greece) and throughout the United States. She has appeared as soloist with the Philharmonisches Staatsorchester Halle, and the Klassische Philharmonie Bonn. Ms. Wicker is active as a chamber musician and has taught viola at Western Michigan University and Andrews University. For two seasons she served as principal violist of the Kalamazoo Symphony, and was a member of the Oregon Symphony prior to joining the National Symphony Orchestra.

Carole Bean is the Piccoloist with the National Symphony Orchestra. Before joining the NSO, she performed with the Xalapa Symphony Orchestra in Mexico and the Honolulu Symphony Orchestra. She also performs with the Eclipse Chamber Orchestra, Verge Ensemble, and Fessenden Ensemble.  Ms. Bean has presented numerous children’s concert performances as part of the Outreach Program of the NSO. She also has performed with the Grand Teton Music Festival in Jackson Hole, Wyoming, since 1992. A native of Columbus, Ohio, Ms. Bean attended Bowling Green State University and Northwestern University, where she studied with Judith Bentley and Walfrid Kujala, respectively.

Michelle Myers Lundy is a professional harpist who performs throughout the Washington, DC area. She has performed at the Kennedy Center, Strathmore Hall and Mansion, the Capitol, Supreme Court, National Archives, Lyceum Museum, Alden Theatre and several of the Smithsonian Museums. Ms. Lundy is currently principal harpist with the Manassas Ballet Theatre Orchestra, Amadeus Orchestra, Tysons McLean Orchestra, Arlington Philharmonic and the New Orchestra of Washington. She has played with the National Philharmonic and Maryland Symphony Orchestra and regularly works with the Thomas Circle Singers.

As a proponent of chamber music, Ms. Lundy is the founding member of Beau Soir Ensemble (BSE), a flute, viola and harp duo formed in 2007.  Beau Soir Ensemble has premiered music written for the Trio in the Washington D.C. area.  The trio has performed at a variety of esteemed venues throughout the region including the Millennium Stage at the Kennedy Center, Lyceum Museum in Alexandria, DACOR Bacon House, and the Anderson House.

Ms. Lundy began her musical studies in St. Louis on piano at the age of six. She spent five summers at National Music Camp in Interlochen, Michigan, where she began her harp studies. She received her Bachelor of Music degree from Northwestern University in harp performance. While at Northwestern she was a member of the Civic Orchestra of Chicago. Ms. Lundy continued her studies at the University of Michigan in Ann Arbor where she received a Master of Music degree.