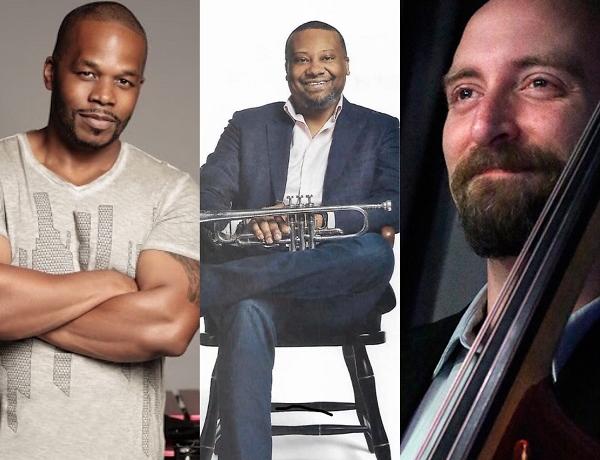 Music and spirituality have always been fully intertwined in the artistic vision of trumpeter, bandleader, composer, educator and activist Sean Jones. Sean is a musical chameleon and is comfortable in any musical setting no matter what the role or the genre. He is equally adept in being a member of an ensemble as he is at being a bandleader.

Sean turned a 6-month stint with the Jazz at Lincoln Center Orchestra into an offer from Wynton Marsalis for a permanent position as lead trumpeter, a post he held from 2004 until 2010. In 2015 Jones was tapped to become a member of the SFJAZZ Collective where he was a member until 2018. During this time, Sean has managed to keep a core group of talented musicians together under his leadership forming the foundation for his groups that have produced and released eight recordings on the Mack Avenue Records, the latest is his 2017 release Sean Jones: Live from the Jazz Bistro.

He is also an internationally recognized educator, who was recently named the Richard and Elizabeth Case Chair of Jazz at John Hopkins University’s Peabody Institute. Before coming to Peabody, Sean was chair of the Brass Department at the Berklee College of Music in Boston.

Jeff Reed is an acoustic bassist, electric bassist, composer, and educator, currently residing in Baltimore. One of the most in demand sidemen in the area, Jeff has performed extensively throughout the United States and throughout the world. Reed recently has been working with bass clarinetist Todd Marcus, multi-instrumentalist Warren Wolf, and trumpeter Sean Jones in his innovative new group, Dizzy Spells. Jeff has also performed with a slew of musicians over the years including Gary Thomas, Miguel Zenon, David Sanchez, Dave Kikoski, Dave Liebmann, Jeff Coffin, Bennie Maupin, and Tom Morello to name a few. He has also been recorded on over fifty full length albums.