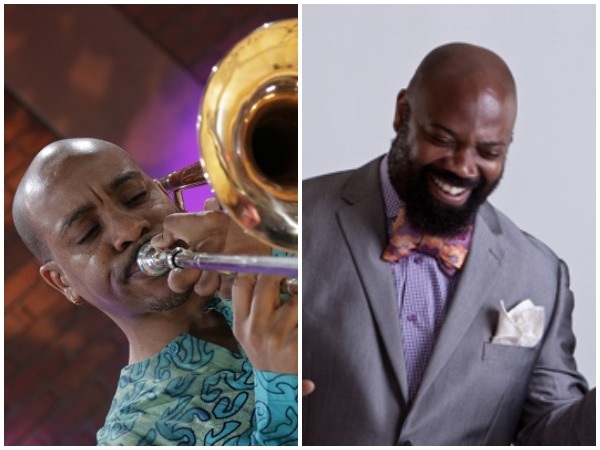 Rise of the Protester, Cyntje’s latest album, sonically captures humanity’s need to thrive when faced with adversity. Shop at www.reginaldcyntje.com

Recording artist REGINALD CYNTJE (born in Roseau Dominica, raised in St. Thomas, USVI) is an award-winning professional musician, composer, producer, and educator. When you listen to Cyntje perform, you hear a passion for life and love in his sound. He is active on the Washington DC music scene. Currently, he leads his own groups and works as a sideman in numerous bands. He is also the founder/owner of Jegna School of Music, a school that provides music lessons, workshops and mentoring concerts for intergenerational students; the founder and creative director of Cyntje Music, a one-stop music boutique that includes booking, curating and assisting artists; the author of Stepping Stones: 15 studies in improvisation; and a professor of music at Montgomery College. He has toured the US, Europe, South America, and the Caribbean and appeared on over 30 recordings including five of his own.

Native Washingtonian, ALLYN JOHNSON, is a multi-talented musician, composer, arranger and producer whose trademark sound gives brilliance and fortitude to the art of jazz improvisation. Allyn, a prodigy who began playing piano at the tender age of five, got his start playing piano for the youth choir in his uncle’s church. There he honed his inner musical gift.

Allyn hopes to continue Jones’ rich legacy of service, musicianship and academic excellence. Allyn is one of the nation’s most sought after musicians in the jazz community. He is revered by musical giants as well as the “;young lions” of his generation. He was chosen for the highly competitive Betty Carter Jazz Ahead program in 2001 and returned to teach in the program in 2002. As a composer-arranger, he has a growing library of works for ensembles of varying sizes and instrumentation.