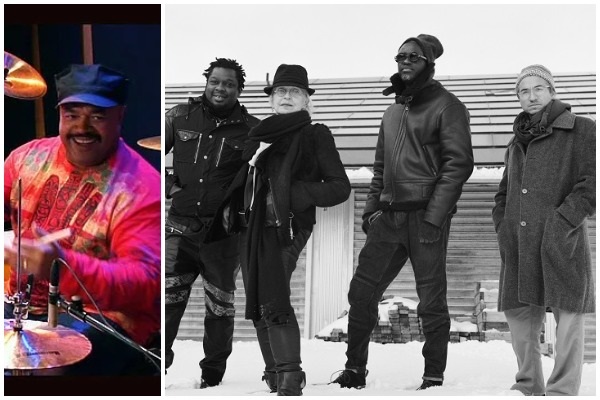 "FONIO" PREMIERE: JAZZIZ / APRIL 12, 2021 - Leni Stern’s new single, “Fonio,” is named after a delicious grain found all over Africa that is a staple of Senegalese cuisine. It is also featured in the guitarist/vocalist/producer’s forthcoming album, Dance, as one of the songs of its joyful, multilingual set, colored with a blend of international rhythms. Dance will be released on June 4 and sees her fronting her cross-cultural New York quartet with Argentine keyboardist Leo Genovese and the rhythm duo of bassist Mamadou Ba and percussionist Eladji Alioune Faye, both originally from Senegal.

Leni Stern was named one of the “50 Most Sensational Female Guitarists of All Time” in Guitar Player magazine’s 50th anniversary issue in 2017, with the publication aptly dubbing her “a genre-defying adventurer.” Leni’s example shines beyond just prowess on her instrument. The pursuit of her career across more than four decades has been in effect a political act – a practice in strength and defiance to be a woman and a bandleader, a female electric guitarist and a composer, an artist who produces her own albums and manages her own career. Moreover, given our recent political climate, it is now more essential than ever to celebrate the immigrant experience that brought Leni to the U.S. from Germany and her bandmates from Senegal and Argentina. Leni’s inspiration has long been the interconnectedness of music, history and our humanity. She says: “Music is one of the truest, most beautiful expressions of the human spirit, crossing borders, dissolving tribalism, binding us together – if we let it.”  https://www.lenistern.com/

Dennis Chambers is an American drummer who has recorded and performed with John Scofield, George Duke, Brecker Brothers, Santana, Parliament/Funkadelic, John McLaughlin, Niacin, Mike Stern, CAB, Greg Howe, and many others. Despite a lack of formal training, Chambers has become well known among drummers for his technique and speed.[citation needed]Chambers is particularly regarded for his ability to play "in the pocket" but can also stretch very far out of the pocket which is also a hallmark of his technique.[citation needed] Chambers exhibits a powerful style that is technically proficient, yet highly musical and groove-oriented.[citation needed] He can play in a wide variety of musical genres, but is perhaps most notable for his jazz-fusion, funk, and Latin music playing. He is mostly known for his fast hands and triplets on the bass drum. He has helped many young drummers, the most prominent being Tony Royster, Jr.   https://www.dennischambers.com/

Streaming cost is $15
Donations are welcomed