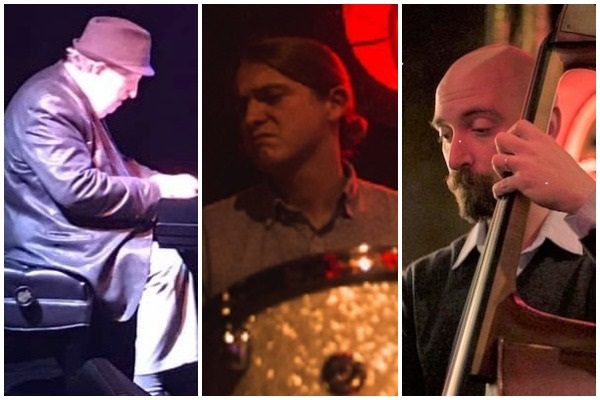 Recording of their performance on 5/6/21

Drummer Brendan Brady is an experienced performer, educator, and composer based in Baltimore. He completed his undergraduate studies at Towson University where he studied with Drummer Frank Russo and Saxophonist Jason Rigby. He worked as a residency artist and studied with musicians such as Kris Davis, Drew Gress, William Parker, and Mark Guiliana. Outside of academia, he has studied with renowned drummers such as Greg Hutchinson,  Johnathan Blake, Paul Wells, and Joe Farnsworth.

Brendan has experience as a bandleader and sideman, performing in many venues all over Baltimore, Washington DC, New York, and beyond. He has performed with local and national artists such as Jason Rigby, Jeff Reed, John Lee, Noah Pierre, Jeremiah Lloyd Harmon, and the Baltimore Symphony Orchestra.

As an educator, Brendan teaches private lessons, as well as in a classroom format. He currently teaches at the Music Workshop of Baltimore, various Music and Arts locations, and at the St. Joseph School of Cockeysville. Brendan plays Canopus drums and accessories.

Bob Butta long ago established himself as a pianist deserving greater recognition. Now that he's released his first recording of straight-ahead jazz as a leader, he no longer has to rely on word of mouth to promote his talent and interests. The music on "Windows" speaks volumes.

Beginning with his own "C Minor Fantasy," a lovely melding of Bill Evans's "We Will Meet Again" and Cedar Walton's "Holy Land," it's clear that Butta isn't one to emphasize technique at the expense of taste. He brings to this imaginative jazz suite an overriding sense of logic, lyricism and form. As the album unfolds, and he aggressively explores Oscar Pettiford's "Blues in the Closet," captures the bright vistas evoked by the album's Chick Corea-penned title cut, and tenderly reprises "I Loves You Porgy," Butta never fails to communicate just what it is about these themes that he found so attractive in the first place, whether it's something soulful, vibrant or powerfully haunting.

Jeff Reed is an acoustic bassist, electric bassist, composer, and educator residing in Baltimore. One of the most in demand sidemen in the area, Jeff has performed extensively throughout the United States and the world.  Reed frequently works with vibraphonist Warren Wolf, trumpeter Sean Jones, and bass clarinetist Todd Marcus. Jeff has also performed with a slew of musicians over the years including Gary Thomas, Miguel Zenon, David Sanchez, Dave Kikoski, Dave Liebmann, Tom Scott, Jeff Coffin, Bennie Maupin, Kirk Whalum, Take 6, and Tom Morello to name a few. Reed has also been recorded on over fifty full length albums.

Reed leads his own group and released his first record Look for the Light on Stricker Street Records in 2020. He holds a Bachelor of Music from Towson University and a Master of Music from the University of Maryland, College Park.