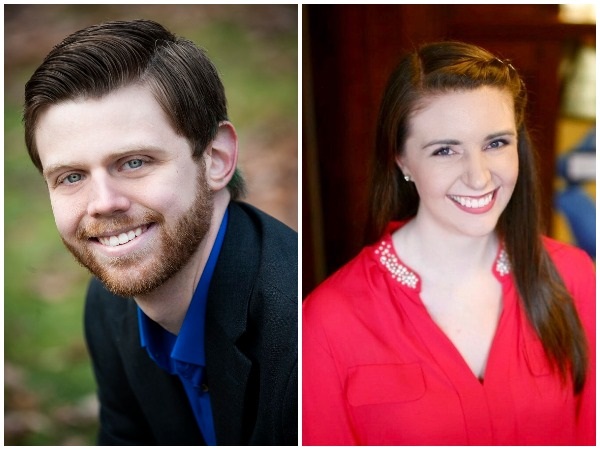 Jared Hancock, baritone, obtained a Master of Music in Vocal Performance from the Peabody Institute of the Johns Hopkins University. In 2016, he obtained a Bachelor of Music degree in Vocal Performance from Mercyhurst University, where he sang the roles of Sharpless in Puccini's Madama Butterfly and Papageno in Mozart's The Magic Flute. He had the opportunity to reprise the role of Sharpless with La Musica Lirica, where he also sang Betto di Signa in Puccini's Gianni Schicchi. He returned to Mercyhurst in 2017 as a guest artist to sing Escamillo in the school’s production of Carmen. He has also experienced success with Peabody Opera Theater, where he covered Belcore in L’elisir d’amore, and sang the roles of the count in Massenet’s Chérubin, the “Non Credo” soloist in Bernstein’s MASS, and the title role in Gianni Schicchi. Also a lover of art song, he is known for his performances of Schubert and other German Lieder, as well as Gabriel Fauré’s L’horizon chimmérique and Ravel’s Don Quichotte á Dulcinée.

While attending Mercyhurst University, Jared was a featured bass soloist in Jacopo Puccini Sr.’s Magnificat in G and Mozart’s Coronation Mass. Jared has since performed with Maryland Choral Society in their 2017-2018 and 2018-2109 seasons. He was also the featured bass soloist for Bach in Baltimore’s concert of Rutter’s Mass for the Children in May 2019.

Monica Daly is a collaborative pianist and recent graduate of the Peabody Institute of Johns Hopkins University where she earned a Graduate Performance Diploma in Vocal Accompanying. She was awarded a full tuition graduate assistantship with the Peabody Opera Theatre and has since been the rehearsal pianist for Bernstein’s MASS, led by Baltimore Symphony Orchestra conductor Marin Alsop, the world premiere of Kirke Mechem’s Pride and Prejudice, a Tchaikovsky opera scenes program, and Puccini’s La Rondine and Il Trittico. She has a Bachelors in Piano Performance from West Chester University of Pennsylvania and a Masters in Collaborative Piano from the Longy School of Music of Bard College. She has played in master classes for Dawn Upshaw, John Harbison,Tara Erraught, Sharon Sweet, Ryan de Ryke, Roger Vignoles, Denyce Graves, and Allen Perriello.

In December 2019, Monica was a finalist with mezzo-soprano Cierra Byrd in the 2019 London Song Festival’s British Art Song Master Class and Competition led by Roderick Williams. In the summer of 2019, she was granted the young artist vocal coach position at Opera Steamboat in Colorado, where she performed Humperdinck’s Hansel and Gretel. After graduation, Monica has transitioned to recording accompaniments for singers during the COVID-19 pandemic and started an online piano studio.