$12 Get Web Access to the Video
An die Musik Live! 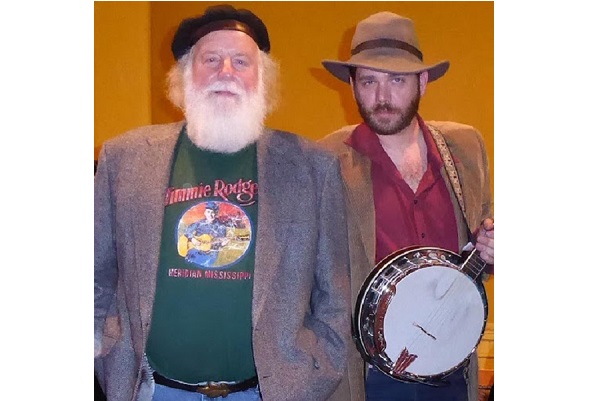 THE ROOTS CAFÉ SINGER-SONGWRITER SERIES PRESENTS:
AN EVENING OF PANDEMIC SONGS FROM

The covid pandemic shut down most live performances around the world for 15 months. Some artists sulked; some hosted live streams from their homes, and some restocked their catalogue with newly written compositions. James Von Lenz and Geoffrey Himes did a lot of the latter, writing dozens and dozens of songs during the lockdown. They won’t be able to play all of them during this special concert at An Die Musik, but they can showcase their favorites from that period of enforced solitude and unexpected creativity.

JAMES VON LENZ: - Whether performing as a solo artist or as a principal singer-songwriter in the much-loved Baltimore bands Doc Pine & The Respect He Deserves, The Thorn Apples, and Voodoo Pharmacology, James von Lenz (Doc Pine) combines old, creepy Appalachian music, off kilter honky-tonk, murder ballads, yodeling, and down-and-out blues stomps. He claims his songs “have been filtered through ten feet of sugar maple charcoal, which imparts a distinct smoothness to the music.” Doc hails from the suburban wastelands of Crofton, Maryland, and his band, Doc Pine & the The Respect He Deserves, released their debut, outlaw-country album “Welcome To The Victory Lounge” this year.  www.facebook.com/james.vonlenz