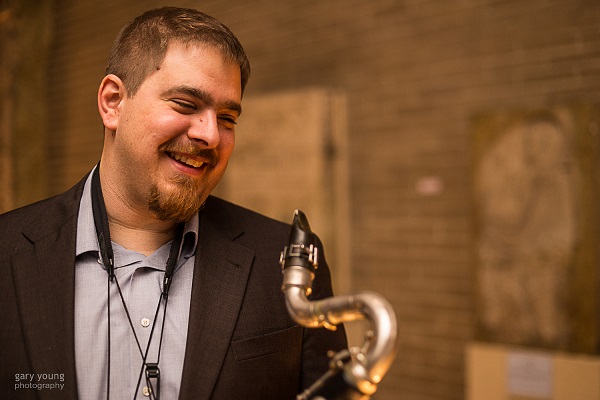 “Mr. Marcus is probably the most inventive bass clarinetist working in straight-ahead jazz today…[and] lives in Baltimore, where he is a guiding light on the city’s jazz scene who doubles as an activist and organizer.”
– The New York Times

“Listeners won’t have any trouble recognizing Marcus’s compelling gifts for composing and arranging.”
– The Washington Post

Bass clarinetist/composer Todd Marcus is one of the few jazz artists worldwide to focus their work primarily on the bass clarinet. Marcus’ straight-ahead playing has carved out a unique voice for the instrument in modern jazz. His music swings hard with both a fiery and introspective intensity but also maintains a strong lyrical sensibility.

Marcus’ performances include national and international touring. He was a featured artist in the 2017 Jazz Tales Festival in Egypt, 2015 Cairo Jazz Festival in Egypt, and in 2005 at the 1st World Bass Clarinet Convention in Rotterdam, Holland.