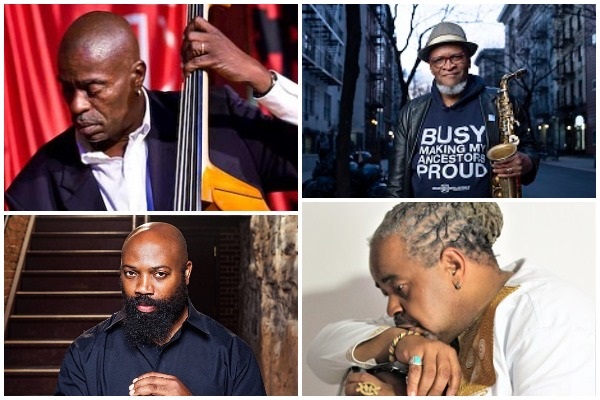 Studio audience members receive a link to the recorded performance to enjoy for one week after the show.

In the late 1980’s, he issued Just Be Yourself (1989) and a decade later, with Justin Time Records, he released Against All Odds (1999) followed by Purpose (2002). Lundy remains one of the most spiritually uplifting bassists on the jazz scene today. He is featured on the G-Three recording SWIFT with Billy Robinson on sax, Stacie McGregor on piano, and Billy Hart on drums. Lundy’s arrangement on “Walk With Me,” recorded by the ARC Gospel Choir, was sampled by rapper Kanye West and became the Grammy Award-winning hit “Jesus Walks.” This arrangement was also sampled in “This is Why I’m Hot” by Shawn Mims.

Later, in association with bassist Curtis Lundy and drummer Victor Lewis, Watson launched the first edition of Horizon, the highly acclaimed acoustic quintet. He has also led the High Court of Swing (a tribute to the music of Johnny Hodges), The Tailor-Made Big Band and is a founding member of the  29th Street Saxophone Quartet. Watson wrote original music for the soundtrack of Robert DeNiro's directorial debut, A Bronx Tale. He has over 26 records as a leader and appears on more than 80 others.

More than 100 of his compositions have been recorded. After a string of recordings for the Palmetto label, Watson released a pair of self-produced titles. The Gates BBQ Suite celebrates his hometown's most famous food and the one-time family business, and serves as a vehicle for the University of Missouri-Kansas City jazz students who participate in the school's Watson-directed program. His most recent release, Check Cashing Day, celebrates the Civil Rights Movement in general and more specifically, the 50th Anniversary of Martin Luther King's famed I Have A Dream speech.

In 2000, Watson was awarded first William and Mary Grant Missouri Professor of Jazz as an endowed chair. The position encompasses Watson's directorship of the conservatory's aforementioned Jazz Studies Program. He has received a number of well-deserved awards recognizing his musical contributions during what is now a four-decade career.