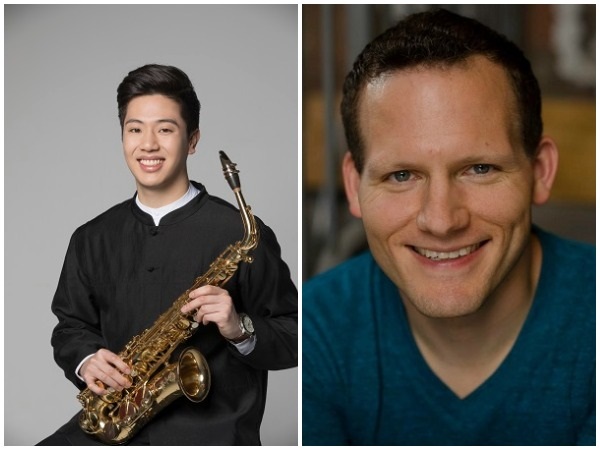 **This is access to a recording of their live performance on our stage on Thursday, April 9, 2020.**

Saxophonist Tae Ho Hwang is dedicated to diversifying classical music by sharing eclectic programs to a wide range of audiences. He is praised for his “lovely sound” from former New York Times Critic and Columnist, Robert Sherman, and for his interpretation that “has a delicate sensitivity yet a solid power underneath.” He recently earned a master’s degree in Saxophone Performance and Pedagogy at the Peabody Conservatory, where he studied with famed saxophonist Gary Louie.

Michael Sheppard studied with the legendary Leon Fleisher at the Peabody Conservatory. He was selected by the American Pianists Association as a Classical Fellow, which designation led to the recording of his Harmonia Mundi CD of 2007. In 2019, another recording was released by Azica, a Cleveland-based label distributed worldwide by Naxos Records, as well as an experimental album of all improvisations. His eclectic tastes also led him recently to musical-direct performances of Jason Robert Brown's Broadway show “The Last Five Years” as well as “Elegies for Angels, Punks, and Raging Queens” at the Brighton (U.K.) Fringe Fest, in which show he also made his stage acting debut.