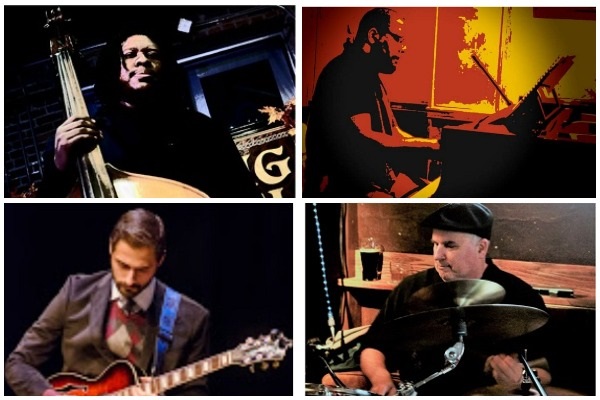 Recording of their performance on 9/24/21

The Worthy Brothers Frequency Quartet is a jazz performance that will also incorporate classical interludes and original music. In this performance, each member of the Quartet will be featured by showcasing an original song, or a Jazz standard that resonates with their personal frequency.

Combining dynamic performance with raw talent, The Worthy Brothers and their music are paving the way as influential musicians for every generation. Each brother in the group performs at the highest level. Their dedication to the art is limitless and this shows in their vibrant performances. This Jazz Band was created by three Brothers with great ambition and a positive outlook on their musical journey. Ever since they were children, they’ve found great joy and satisfaction in making music and sharing it with fans and people all over the world.

Zachary Worthy is truly a shining star. His virtuosic performance, infused with grace and style captivates audiences around the world. Zachary's style-bending performances are truly inspiring. His ability to play jazz and showcase classical technique is a wonder to all. Zachary has been a student of the piano since the age of 5 and has played many venues and events in the Maryland area.

Eric Worthy has held the responsibility of bass player for Worthy Brothers for many years. His multi-instrumental performances are a rare gift as he has capabilities on the electric bass, upright bass and saxophone. He has played a range of venues and events, often with his brothers, pianist Zachary Worthy and saxophonist Aaron Worthy. In Baltimore, he has played at the annual Sowebo Arts & Music Festival, at Germano’s Piattini in Little Italy; at the Madison House, and at the Peabody Heights Brewery. In Washington, DC., he has played at Mr. Henry’s; in Frederick, at the Vini Culture Wine Bar & Café; and in Herndon, VA at P.J. Mulligan's. He has also played Rams Head Live, and in 2016 he toured New York with a band called “Tight Like That.”