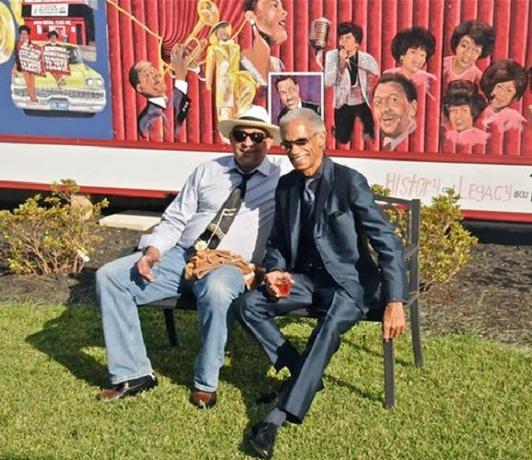 Recording of their performance on 8/21/21

An evening of "Message Music"

He attended undergrad school on a full vocal music scholarship to Tougaloo College. He has performed at Carnegie Hall, Merriweather Post Pavilion, Baltimore’s Terra Café, the Baltimore Convention Center, and Pennsylvania Avenue television and radio. His debut CD, “Salvos,” was released in 2010, and his music is currently on playlists in seven countries. He has appeared on National Public Radio’s “All things Considered,” and he has “opened” for Baltimore’s legendary Gary Bartz at “Jazz on the Waterfront” in 2013 and wrote an arranged the original score for Baltimore’s celebration of “Civil Rights Week” in 2019.

Wesley is accompanied by percussionist David Phillip Baker, one of the most sought-after percussionists in the Baltimore region, well known for his work in New York jazz clubs and venues across Baltimore. Baker and Wesley have been collaborating and creating music together since 1980.

Wesley is also currently the Public Information Officer for the Baltimore City Office of Equity and Civil Rights.