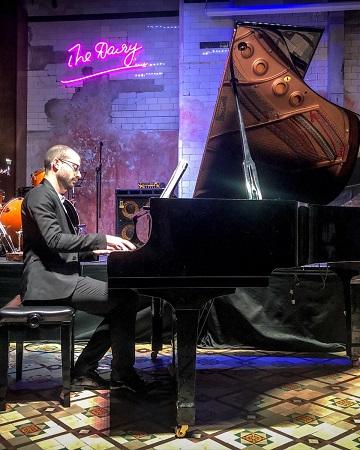 Recording of their performance on 8/20/21

Pianist Agustin Muriago has performed throughout the United States, Spain, China, Brazil, and  his native Argentina, in venues such as Steinway Hall in New York City, the Teatro Ópera in  Buenos Aires, and the National Centre for the Performing Arts in Beijing. His repertoire ranges  from standard piano works to contemporary music premieres, with an emphasis on Spanish and  Argentine music. He has recorded for the Acte Préalable label and for NPR affiliates.

He currently serves as Assistant Professor of Keyboard Studies at the Peabody Institute of the  Johns Hopkins University. Prior to his appointment at Peabody, he was on the faculties at Kansas  State University, New York University, and The Hartt School Community Division.

Highlights for the 2021-2022 season include a lecture at New York University and a solo recital  for the Dame Myra Hess Memorial Concert Series in Chicago.