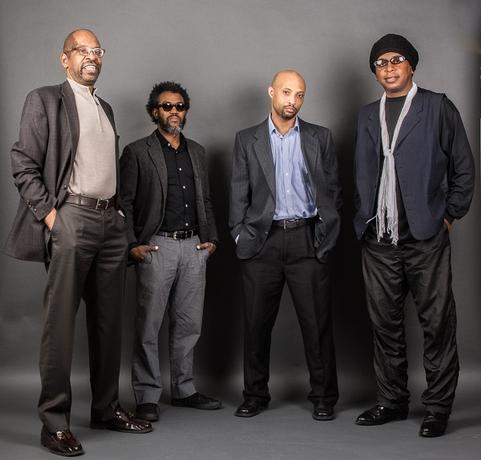 Recording of their performance on 8/31/21

Check out the recording from their previous live-streamed shows in July & Nov 2020!

Rhythminic Accents performs at venues throughout the metropolitan Washington area and has appeared at HR-57 Center for the Preservation of Jazz and Blues, Westminster Presbyterian Church Friday Night Jazz, Lincoln Theater, and Bohemian Caverns. Rhythminic Accents has also appeared in concert at the East Coast Jazz Festival and on WPFW-Pacifica's [email protected] radio show.

Bill Washburn is a pianist and drummer with over 50 years of professional experience. Bill has worked with many local and nationally known musicians, both straight-ahead and avant-garde. In addition to his ongoing work with Rhythminic Accents, Bill also appeared with the Terry Koger Quartet/Quintet at the Mid-Atlantic Jazz Festival in 2018 and 2019.

Joe Henderson is a drummer with nearly 30 years of professional experience. He has worked in a variety of settings including plays, Jazz, R&B, and Hip-Hop (Black Indian, Reggae, and Church Gospel groups). In addition to his work with
Rhythminic Accents, Joe has also worked with David Ornette Cherry in New York City at SOB's. He has been a member of Rhythminic Accents since 2000.

Jeron White is a bassist with years of experience on the jazz/avant-garde scene in the Washington-Baltimore and New York City area. He leads his own group, Polarity, and is featured on several recordings. Polarity opened for Michael Formanek's Ensemble Kolossus in April 2017 at NYU Theater.Jeron's discography includes Jamal Moore's "Organix Trio Ancestral Communion" and "Theljon Allen Prospective."