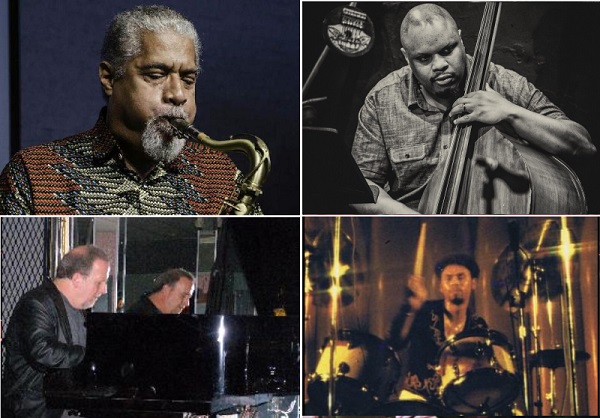 Recording of their performance on 8/8/21

Carl was the featured saxophonist with the Washington DC based Project Natale from 2002 until the untimely death of the Project’s co-leader, bassist and composer Joseph F. Natale in August 2020. In addition to his small ensemble work, Carl has appeared as lead alto-saxophonist with the Bay Side Big Band and the Eubie Blake Jazz Institute Orchestra (Baltimore, MD).

The Carl Cornwell Quartet appearing tonight features Bob Butta on piano, Delorean Fullington on bass and Tony Green on drums. Bob Butta, well known on the Mid-Atlantic jazz scene was also a member of Project Natale for over a decade. Tony Green – a charter member of UNIT CIRCLE - has performed with numerous artists of international renown including Brasil ‘66 , Pharoah Sanders (in whose band he and Carl met), and Gil Scott-Heron. Delorean Fullington, a recent transplant from Florida, has become well established on the DC jazz scene. He has appeared regularly with Carl since June 2018.