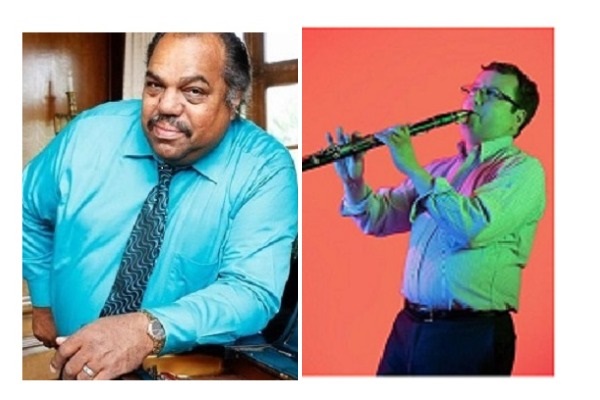 Recording of their performance on 8/5/21

Chicago native Daryl Davis graduated from Howard University, with a degree in Jazz. Outside of school, he was personally trained by legendary Blues, Boogie Woogie and Rock'n'Roll pianists Pinetop Perkins and Johnnie Johnson who both claimed him as their godson and praised his ability to master a piano style that was popular long before he was born. In addition to being a pianist and vocalist, Daryl is also a professional actor, author, and lecturer, now residing in Maryland. Apart from leading The Daryl Davis Band, he has worked with Elvis Presley’s Jordanaires, Chuck Berry, The Legendary Blues Band, Percy Sledge, Sam Moore, Nappy Brown and many others.  And yes, he's also THAT Daryl Davis -- the one who has convinced over 200 members of the Ku Klux Klan to surrender their robes.  www.daryldavis.com

Seth Kibel is one of the Mid-Atlantic's premier woodwind specialists, working with some of the best bands in jazz, swing, and more. Wowing audiences on saxophone, clarinet, and flute, Seth has made a name for himself in the Washington/Baltimore region, and beyond. He is the featured performer with The Kleztet, Bay Jazz Project, Music Pilgrim Trio, The Natty Beaux, and more. Winner of 28 Washington Area Music Awards (Wammies), including "Best World Music Instrumentalist" (2003-11) and "Best Jazz Instrumentalist" (2005, 2007-8, 2011-14). www.sethkibel.com