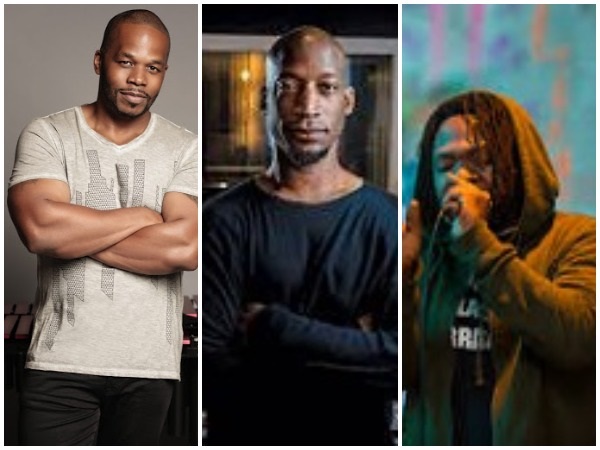 An evening of freestyle hip hop and their 1st live streaming concert!

Eze Jackson is a pillar of the Baltimore music scene. An insanely talented hip hop MC, front-man for the band Soul Cannon, an ever-present collaborator, and an artist who infuses soul and justice into his every word -- his words and spirit are needed now more than ever!

Wendel Patrick has been referred to as "David Foster Wallace reincarnated as a sound engineer" by Urbanite Magazine and as "wildly talented" by the Baltimore Sun. He has been referred to by XLR8R magazine as "a hip-hop producer that could easily make any fan of Squarepusher, Boards of Canada, or Madlib flip out." The alter-ego of classical and jazz pianist Kevin Gift, Wendel Patrick is rapidly making a name for himself as a producer to be recognized. In the February 2018 issue of Baltimore Magazine, Wendel Patrick was named one of 30 Baltimore Visionaries and labeled “one of the most influential and omnipresent figures in the local arts scene”.

His five albums were produced without the use of sampling, with Patrick playing every note of every instrument. What is perhaps most astounding and perplexing to listeners is that there are actually no instruments...he crafts all of the instruments, and every note, electronically.

Equally at home performing on stage with his band, behind two turntables, beatboxing, improvising, or playing a Mozart Concerto on stage with orchestra, he has toured Europe and worldwide with spoken word artist and poet Ursula Rucker. Wendel Patrick's music has also been heard across the country on NPR stations, most notably on Out of the Blocks, the national Edward R. Murrow award winning radio documentary program he co-produces with Aaron Henkin for NPR affiliate WYPR. An avid photographer and videographer, his photography has been exhibited in several art galleries including the Baltimore Museum of Art. Patrick shoots all of the accompanying documentary photography and videography for "Out of the Blocks ".