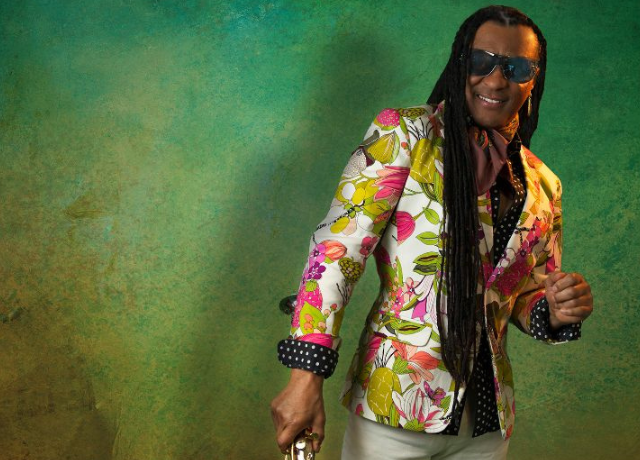 Get ready to be movin' and groovin' with smooth jazz saxophonist Marion Meadows!

Saxophonist and composer Marion  Meadows' sound is rooted in contemporary jazz + R+B. He has developed a trademark sharp-edged yet warm, sweet tone with consummate sense of lyricism.

Berklee alum, played in a number of bands including disco, R&B and various jazz ensmbles and perfect his craft studying with Sonny Fortune, Joe Henderson, Dave Liebman and Eddie Daniels.

Meadows first hit the airwaves in 1991 with “For Lovers Only”, but his career really began one day in the late ‘80s at New York’s Grand Central Station. He had been a sideman with Norman Connors for three years, with only vague notions of eventually going solo. One day, while waiting for a train, he pulled out his horn and began playing under the huge dome. His sweet sound caught the attention of fellow traveler, producer and TV composer Jay Chattaway, who happened to be passing by on his way to the train. Chattaway was so impressed with Meadows’ sound that he hooked Meadows up with legendary keyboardist Bob James. Meadows and James collaborated on a recording that unfortunately went unreleased. The experience put him on the road to his eventual success. Meadows hooked up with numerous artists and musicians and became a well-known sideman in his own right, recording or performing over the years with Brook Benton, Eartha Kitt, Phyllis Hyman, Jean Carne, The Temptations, Michael Bolton, Angela Bofill, Will Downing, Bob Baldwin, Chuck Loeb, John Lee, among many others.

In the late ‘80s, Meadows stretched his boundaries by becoming a member of a New York avant-garde band called the Aboriginal Music Society. In 1990 Meadows submitted a solo project to Steve Backer at Novus/RCA and was signed to a recording contract, thus marking the beginning of his solo career. Meadows’ first RCA release “For Lover’s Only” was a huge success and was followed by his groundbreaking “Keep it Right There” album. He became a staple of the contemporary jazz format with his subsequent recordings, which include Body Rhythm (1994) and Forbidden Fruit (1996), Passion (1997), Another Side Of Midnight (1999), Next To You (2000), In Deep (2002), Players Club (2004), Dressed To Chill (2006), Secrets (2009) Whisper (2013) and most recently Soul Traveler, the first installment of his Soul Trilogy which now showcases his current release, Soul City" on the New York-based Shanachie Label.