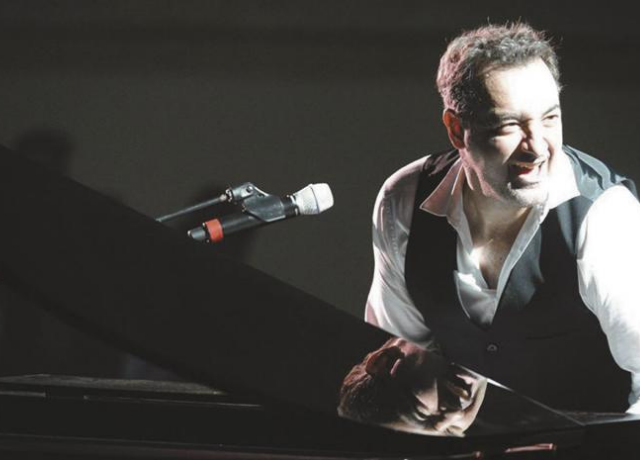 His first album, Love Season (1989) catapulted the virtual unknown to prominence and set him on his musical course. The album rocketed to number 2 on the R&B charts, was nominated for best jazz album at the Soul Train Awards, and earning him Black Radio Exclusive’s, Best New Artist Award.

It was no coincidence that Alex was embraced by an R&B/soul audience, after all his love of music was rooted in an appreciation and understanding of classic jazz and soul-based artists, Horace Silver to Herbie Hancock, Thelonious Monk to Ahmad Jamal and from Art Blakey to Earth, Wind and Fire.” This was his inspiration and it easily translated into his own compositions and in his delivery of the standards.

In 1991, he parted ways with Orpheus Records and signed with Epic to record his award-winning third album, 107 Degrees in the Shade (1991) for which he received another Soul Train Award, only losing to Quincy Jones’ Back on the Block! He released one more album under the Epic label, the best selling, This Time Around (1993), before signing with RCA for the critically acclaimed Tales from the Bright Side (1995).

As the new millenium began, Alex was also beginning anew. Signed to the Narada/EMI label, He produced the first of four albums for the label; As Promised (2000) followed by Soul Purpose (2001), Southern Living (2003) and Free (2005). His next 3 CD’s were released under his own label, Xela Records, and another, The Best Of, released under Michael Cuscuna’s Mosaic label.

Over almost 3 decades, Alex Bugnon has built a strong and loyal fan base across the country and around the world. His tour schedule has never eased, even besting the great Dizzy Gillespie’s record of appearances at Washington, D.C.’s Blues Alley. Last year marked Alex’s 20th consecutive year’s appearance at the legendary venue! He makes it a point of never missing a day of piano practice or of writing. If he is not composing, he is listening to his favorite artists and biggest influences: Herbie Hancock, McCoy Tyner, Red Garland, Ahmad Jamal, Kenny Kirkland, Mulgrew Miller, Wynton Kelly, Joe Sample, George Duke and Keith Jarrett.