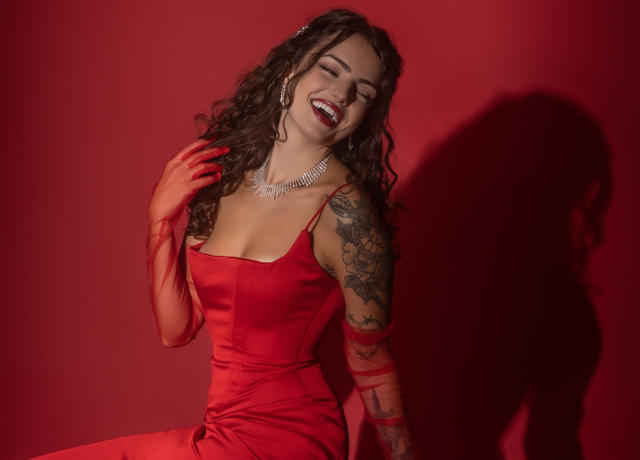 Though still in the early stages of her blossoming career, 24-year-old vocalist, violinist and songwriter, Emmaline, has accomplished an impressive laundry list of achievements so far. From being featured in top music publications such as Rolling Stone and American Songwriter to performing as the opening act for 10-time-GRAMMY winner Chaka Khan on her first ever US tour, this Nashville based, independent artist captivates the hearts of all who hear her smoky, jazz-infused, genre-fluid voice.

Using the power of social media, Emmaline kick started her career in 2018 by sharing acoustic covers of popular songs and original material to her social media platforms (@emmalineofficial) where she now boasts nearly 500k followers. Emmaline shines on stage whether it be online or in person, and has performed countless sold-out shows at some of the country’s most notable jazz clubs, music venues and festivals.

As one of the generation's leading independent female songwriters and arrangers, Emmaline’s independently released EPs, “All My Sweetest Dreams” and “Necessity” have organically generated millions of streams on Spotify alone. March 2023 will see the release of Emmaline’s long awaited, third EP, “Retro Kind of Love,'' which features a collection of intimate, jazz-pop songs written, produced and performed by Emmaline herself. With her effortlessly sultry vocals and heartfelt lyrics interspersed with virtuosic, jaw-dropping jazz violin solos, this enticing collection of songs creates a soundscape that is both nostalgic and timeless.