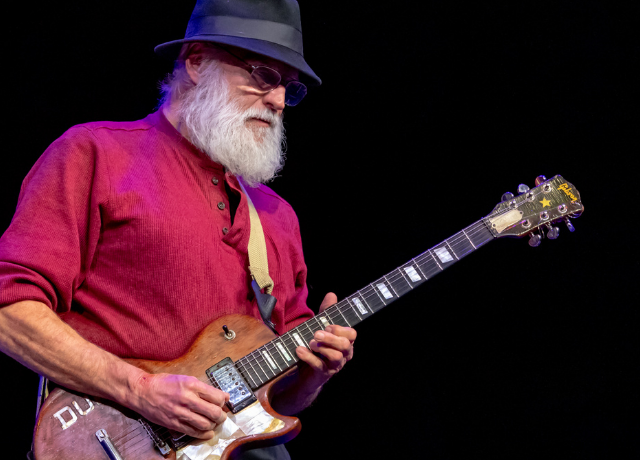 Duke Tumatoe, born William “Bill" Severen Fiorio in 1947, is an American blues guitarist, vocalist and songwriter. He has gigged with Muddy Waters, Bo Diddley, B.B. King, Willie Dixon, Buddy Guy, John Fogerty and George Thorogood. He was a founding member of arena-rock giants REO Speedwagon. He has released fifteen albums as the bandleader of Duke Tumatoe & The All-Star Frogs and Duke Tumatoe & The Power Trio.

Tumatoe is a self-taught guitarist who learned to play by watching Chicago’s blues legends. His guitar playing has been described as “B.B. King played through Jimi Hendrix (with a touch of Andy Gill).”
Tumatoe’s songs are noted for their humor, something he explains as, "There are two elements of the blues. There's the general intensity of the music…and an element of humor, some twist in the lyrics. It's like a comedian turning something sad into something funny."

After moving from his birthplace of Chicago, Tumatoe moved to Indianapolis in 1980 and befriended Tom Griswold of “The Bob & Tom Show,” a nationally-syndicated radio program that fuses comedy and music. In 1985, Tumatoe was looking for a way to promote a local blues club called Uncle Slugs, and Griswold suggested he write a song about the city’s new NFL team, the Indianapolis Colts, which had formerly been the Baltimore Colts. The result was the tongue-in-cheek “Lord Help Our Colts,” a catchy twelve-bar blues jingle with a static chorus and verses that could easily be updated to recap each game. “I, of course, wrote the song in a form that I thought if necessary, I could easily update, which turned out to be a real good thing, a smart move,” says Tumatoe. To date, he has sung more than 800 versions over the past thirty years.