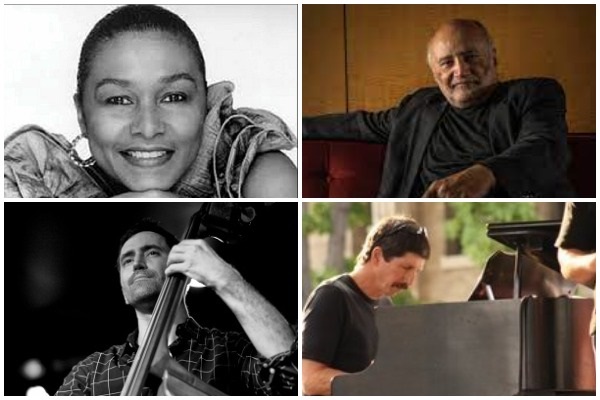 Tamm E Hunt came to Baltimore in 2002 because of a tragedy: It was the shooting death of her son Michael Hunt that bought her to Baltimore from New York City after a 15 day tour of Japan. The jazz educator, producer and lecturer meshed into the scene with flair and resilience, soon to be recognized by the Maryland State Senate as a “Maryland Jazz Ambassador” while the then Baltimore City Mayor Martin O’Malley proclaimed April 19th “Tamm E Hunt Day”.  Hunt’s vast knowledge of America’s jazz history and the activation of Jazz Appreciation Month (JAM) in Baltimore City. Meshed with her charm and charisma she quickly became a force in Baltimore’s Jazz community as her contributions as a performer and producer have made an indelible impression on the culture. The Baltimore Sun Paper says the velvet voiced singer is an encyclopedia when it comes to talking about the jazz history of Baltimore and the musicians who make the music. And all that has culminated in her forthcoming book Baltimore Jazz Chronicles.

Her musical associations read like who’s who in international jazz. A renaissance woman, Hunt is a seasoned actor who is an alumnus of the Negro Ensemble Company and theatre department student at Fordham University Lincoln Center, she also spent several semesters at the Juilliard School of Music in the extension program. A writer, playwright, curator and visual artist. Hunt has appeared in her self produced one woman show, Billie Holiday: The Legend to critical acclaim. After a stunning performance at the World Famous Apollo Theatre director, actor, playwright Douglas Turner Ward told poet and Tony Award winning playwright Ntozake Shange, “Tamm E Hunt does Billie Holiday unlike anyone who has ever done her.” Tamm E Hunt is fearless and determined. Her musical associations read like who’s who in international music from Sir Elton John to Dorothy Donegan, Tamm E has been mentored and influenced by Sarah Vaughn who suggested that she take a risk and be herself, develop her own sound and the Queen of BeBop Betty Carter, along with the magical Dorothy Donegan and many other legendary artist.

The producer and founder of the Baltimore Jazz Awards, Hunt has a forthcoming book preparing to drop by the end of Spring. Baltimore Jazz Chronicles highlights the jazz movement in Charm City. Although Tamm E Hunt isn’t a household name, you will never forget her magic and beauty once you have heard her.

“The holiday season is a time of giving, and with compassion, generosity, and empathy, our true goal is not to collect the most books, games and toys but to spread the most joy, peace & love! The need for holiday cheer is greater than ever in Baltimore City with the impact of the pandemic, homelessness, senseless deaths and joblessness facing families and others.

"The KDU Foundation, An die Musik Live, Henry Wong and Tamm E Hunt & Friends thank you in advance for partnering with us to make possible through ongoing generosity of people in our community(s)and positive contributions to families and children in need."