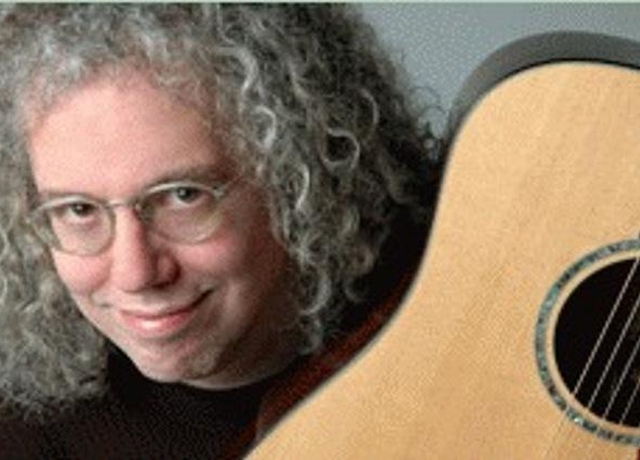 Hailed as a “Celtic guitar god” by Baltimore City Paper and “one of the best folk instrumentalists in the business” by Sing Out! Magazine, Robin Bullock is one of the preeminent acoustic musicians of our time.

His virtuosity on guitar, cittern and mandolin blends the ancient melodies of the Celtic lands, their vigorous American descendants, and the masterworks of the Baroque and Renaissance eras into one powerful musical vision. The 17th-century harp tunes of legendary Irish bard Turlough O’Carolan, the spirited jigs and reels of rural Ireland, the haunting ballads of the southern Appalachians and the timeless compositions of J.S. Bach and John Dowland all find a musical common ground in Robin’s music, where lightning-fast fingerwork one moment is perfectly balanced with tender, quiet intimacy the next. A warm, friendly presence onstage, Robin effortlessly creates a magical world for the audience with his multi-instrumental wizardry, taking them on an unforgettable journey into the deep heart’s core and through the music of the spheres.