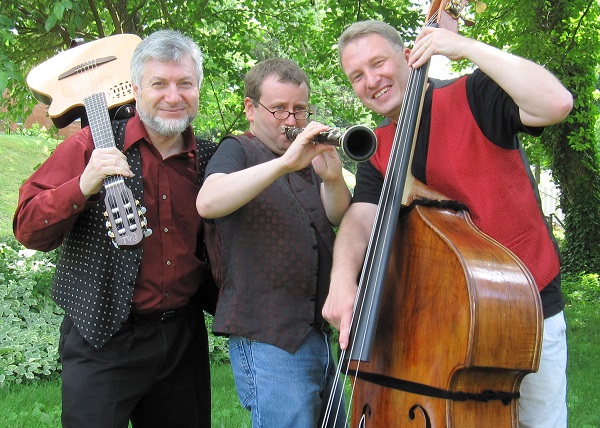 Seth Kibel is one of the Mid-Atlantic’s premier woodwind specialists, working with some of the best bands in jazz, swing, klezmer and more.  Wowing audiences on clarinet, saxophone, and flute, Seth has made a name for himself in the Washington/Baltimore region, and beyond. He has been the featured performer with The Kleztet, Bay Jazz Project, Music Pilgrim Trio, The Natty Beaux, and more.  Winner of 28 Washington Area Music Awards (Wammies), including “Best World Music Instrumentalist” (2003-11) and “Best Jazz Instrumentalist” (2005, 2007-8, 2011-14). His most recent recording, "When You're Smiling," was released in 2018 on the Azalea City Recordings record label.  His song "New Waltz" was the Grand Prize winner of 2016 Mid-Atlantic Song Contest (MASC), sponsored by the Songwriters' Association of Washington (SAW).  When he's not performing, Seth frequently lectures on a variety of topics in music history for numerous institutions, including the Osher Lifelong Learning programs at Johns Hopkins and Towson Universities

Vladimir Fridman (guitar, vocals) was born and raised in Moscow, Russia, with music a major part of his life. In Moscow, Vladimir received his education in music and engineering. Despite the promising career as a civil engineer, Vladimir decided to pursue his real passion – guitar. Vladimir toured Europe, the Middle East and Japan and released a few albums solo, duo and in groups. The album Ole Guapa released with Gypsy Strings, won the Wammies Award.

Bob Abbott (bass) studied other instruments like voice, piano and it brings a wide variety of colors in his playing. Since moving to the area in 2000 he has been an anchor in the Bay Jazz Project, a "WAMMIE" (Washington Area Music Association annual award for best musicians in the region) nominated jazz group for the past few years. His performance experiences range from jazz trios and classical ensemble to big band. Bob is a freelance bass player, composer, and arranger in the Baltimore / Washington area.

Limited in-person seats: $25 / $10 full-time students with valid ID
Proof of COVID-19 vaccination required at door
In-person attendees receive a link to the recording to view for one week.
Ticket sales end 1 hr before showtime; tickets can be purchased at the door if any remain.

Streaming  Cost is $15
The link will be revealed to live stream participants 15 minutes before the show
and will remain active through Sept. 14

Proof of COVID-19 vaccination is required at the door