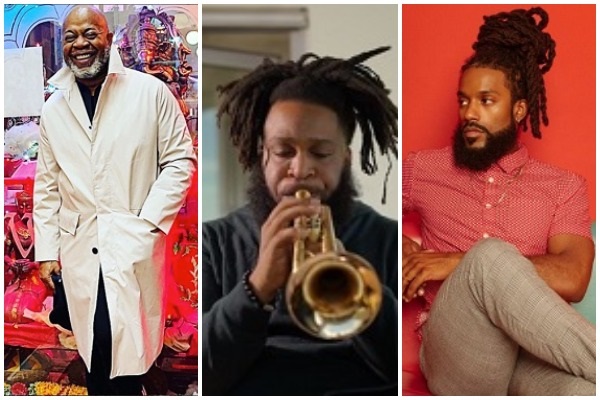 It don’t feel good without the “D”

Saxophonist and trumpeter, Clarence H. Ward III,: Standing as a major influencer in the development of Baltimore's present jazz sound, Ward's lionheart positions him on the vanguard, reinforcing jazz music as a vital voice for these modern times.

Performing since the age of 15, Ward in 2003/04 won a competitive spot on the Historically Black Colleges & Universities (HBCU) All Star Big Band representing University of Maryland, Eastern Shore at the Prestigious International Association for Jazz in Education Festival in Canada and New York. It was with the All Star Big Band in 2004 that Clarence Ward III recorded with Jimmy Cobb, live at the Schomburg Center for Black Culture.

Over the years, he has performed with artists as diverse as Gladys Knight to N’Dambi Blue to Robert Glasper to Nancy Wilson to Musiq Soulchild to Benny Golson. From 2008 to 2010 Ward collaborated with R&B soul singer Ledisi, performing at Yoshi Jazz Club in Oakland and touring Japan and performing at Billboard Live in Tokyo and Osaka. In 2015/2016 he performed with Aretha Franklin at Caesar’s Palace at Caesar’s Palace.

The Baltimore native's talent earned him the honor of performing and touring with legendary artists including Lauryn Hill, Nas, Wale, Eric Benet, Larry Graham, George Duke and many more. Birckhead is the professor of saxophone at Morgan State University. He recently released his self-titled debut album on Revive Music. He currently resides in New York City.

link will remain active for one week