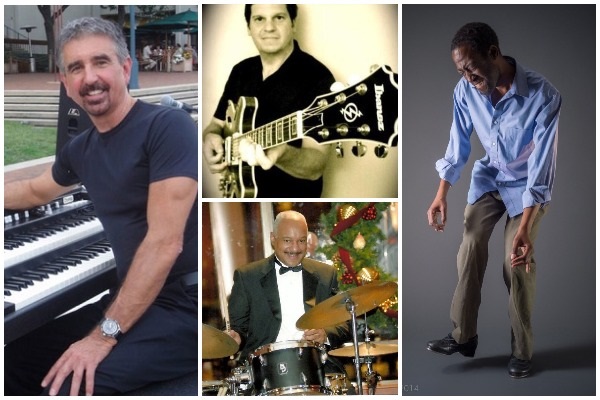 Greg Hatza is one of the great, unsung heroes of the jazz organ. An acknowledged master of the jazz organ -- an expressive instrument that bears traditions ranging from gospel to blues -- Hatza coaxes his own brand of rootsy, blues-based jazz from the instrument, a funky, soulful, sinuous sound that satisfies the groove junkie in every listener. He also expanded his stylistic scope to include distinct international elements studying tabla, sitar and erhu, a two-stringed Chinese fiddle.

A native of Reading, PA, Hatza’s musical instincts developed as early and as naturally as the ability to walk, and by the age of four, he was picking out blues and boogie woogie tunes on the piano and started formal lessons shortly thereafter. He became obsessed with the Hammond B3 organ as a teen when a friend turned him on to records by Jimmy Smith, Jimmy McGriff, Ray Charles, and Johnny Hammond Smith. At 16, he played his first professional jazz gig with the Frankie Scott Trio

Baltimore Colts football great and jazz fan Lenny Moore heard him and asked the teenager to perform at a club he was opening in Baltimore. Moore became his manager and Baltimore became Hatza’s home. He played at the club for four years and during that time recorded two albums. In the late sixties, Baltimore was still an organ town and had its share of great players. Hatza really got a chance to hone his jazz organ skills by playing with the best national musicians in town at Moore’s Club.

Hatza has become a fixture on the Baltimore jazz scene. He received a degree in composition from the Peabody Conservatory, and a Master’s from Baltimore’s Towson State University, where he taught jazz, piano composition, improvisation and music theory for many years turning students on to the wonders of the organ as well.

He also expanded his stylistic scope to include distinct international elements studying tabla, sitar and erhu, a two-stringed Chinese fiddle.