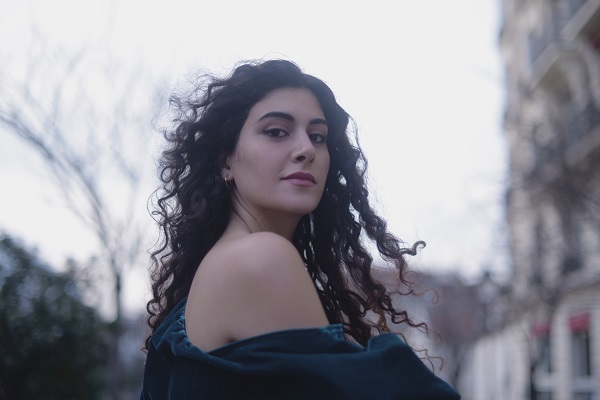 Recording of their performance on 12/4/21

A mix of Arabic music, jazz, and free improvisation.

Deemed a "Rising Star" by BBC Music Magazine and raised on the verge of several musical streams since her childhood, violinist, composer and Jerome Hill Fellow 2020-2022 Layale Chaker debuted her musical training at the National Higher Conservatory of Beirut in her native Lebanon. She later went on to pursue her studies at Conservatoire Regional de Paris and the Royal Academy of Music in London, studying under professors such as Mohamed Hashem, Carmen Scripcariu, Jeanne-Marie Conquer and Nicholas Miller.

Layale's musical world lies at the intersection of classical contemporary music, Jazz, Arabic Music, and improvisation. As a violinist and composer, she has received commissions and presented performances and projects around Europe, the Middle-East, North and South America and Asia, and has collaborated with Daniel Barenboim and the West-Eastern Divan Orchestra, Ziad Rahbani, Johnny Gandelsman, Holland Baroque, International Contemporary Ensemble, Oxford Orchestra, the New World Symphony....

Her debut album with her ensemble Sarafand, “Inner Rhyme” is dedicated to the sounds, rhythms, rhymes, shapes and forms of Arabic poetry. The album was released on In a Circle Records, and listed as "Top of The World" by Songlines with a 5-star review, rated #2 on NPR 10 Best Releases, #1 for several weeks on the World Charts of iTunes and Amazon Music, and has received praises by the BBC Music Magazine, The New York Times, The Strad, Strings Magazine, Jazz World among others. The quintet regularly performs around Europe, the Middle-East and the US, having given concerts at the London Jazz Festival, Brighton Festival, Morgenland Festival Osnabrueck, Institut du Monde Arabe, MUCEM, The Stone and National Sawdust, New Sounds WNYC and the Greene Space WQXR among others.