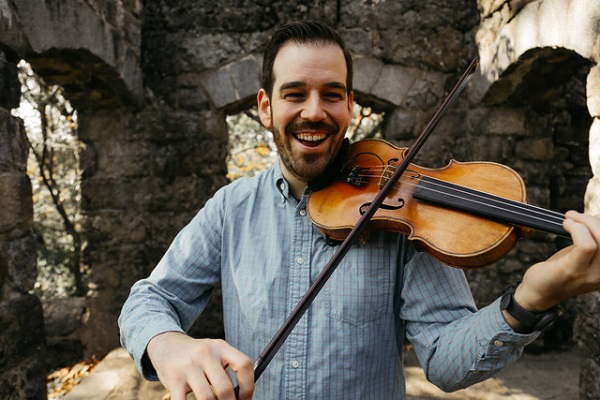 Multi-instrumentalist Rob Flax describes his music in a concise way: “I play things with strings, I hit stuff, and I sing.”

Behind this simple tag line lies a rich depth of genre-bending, from classical and jazz violin to bluegrass fiddle, to blues and rock influences, and beyond. In his “One Man Band” shows, Rob uses a looper pedal and other effects to transform his violin into an entire symphony of sounds. Rob is a graduate of the New England Conservatory, where he received his master’s degree in Contemporary Improvisation, and he currently lives in Boston.

“Rob’s unique blend of ancient and modern brings the violin into the 21st century with a dazzling array of digital technology seamlessly mated to the traditional world of wood, gut, and bone.” — Stuart Rosenberg, WFMT

“He's a master of bringing people together and making art out of nothing in a short amount of time.” — South as  Shore Living