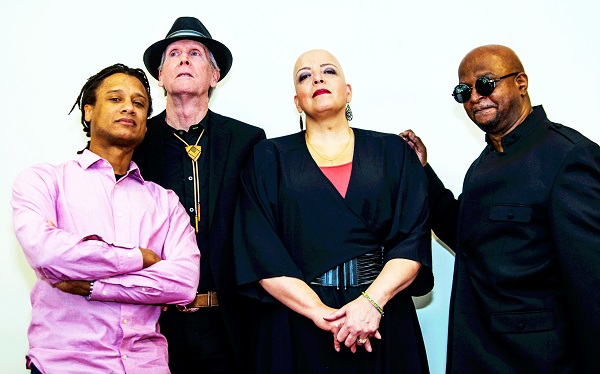 Recording of their performance on 10/6/21

Lili Añel considers music a calling. The six-foot tall singer songwriter grew up in New York City, where she discovered her passion for music, singing  along to her mother’s Cuban, jazz and pop standard albums. However, it was her grandfather’s recognition of how much joy singing brought to her that to set her feet firmly on the path of a career in music.

A Philadelphia resident since 2004, Añel has continued to move audiences with her songs, both of hope for the future, and standing in her truth of life’s difficulties and conjuring the strength for perseverance. All delivered with her voice, full of low reaches which one feels in their center  or a falsetto that is vulnerable and sweet. While receiving airplay from radio stations across the country, Lili has been embraced by  Philadelphia station WRTI 90.1 FM which offered her tremendous support, most recently in their series “NPR Live Sessions From Home” which featured artist produced video performances created during the Covid pandemic.

Defying categorization she calls her music a hybrid of “jazz/folk/soul/pop” combined with  powerful vocals bringing her to the forefront. Lili continues to win over audiences with her  vocal stylings, guitar playing and songs, that while often recalling her many influences (Joni  Mitchell, Steely Dan, Janis Ian, Joan Armatrading) prove her own unique style. She studied voice and performance at City College’s Leonard Davis  Center of Performing Arts and would later attend classes at Eddie Simon’s Guitar Study Center. Only able to afford one class, she would audit as many other classes as possible each semester,  eventually gaining the respect of her instructors who admired her rigor, allowing her to  participate in class like the students who were fully enrolled.

In 2007, JazzTimes Magazine said of Lili “…her songs are consistently excellent…” and  proclaimed of her 2009 release “…a cd to blow your mind at first listen....“ Every Second In  Between (produced by Glenn Barratt) also made the All About Jazz 2009 Year End Writers Choice for the “10 Best New Jazz Releases” list and won three NY Music Awards 2010: Best Singer-Songwriter, Best Jazz Album and Best Female Jazz Vocalist. In 2013 she released I Can See Bliss From Here and in 2017 Another Place, Another Time, both receiving critical acclaim.