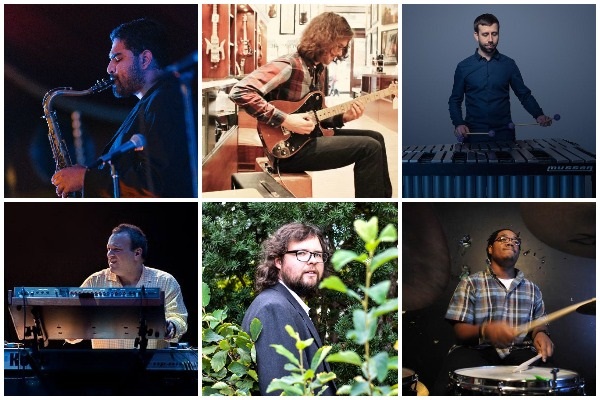 Recordiong of their performance on 9/3/21

Sea Change plays original songs that are informed by stories from Stephen Arnold’s life and his upbringing in Western Massachusetts. The band weaves traditional forms, folk melodies, and pop and rock sensibilities with the fluid structure and forward-thinking attitude of contemporary jazz. The band’s debut album (also titled Sea Change) was a finalist for jazz album of the year at the 2020 Washington Area Music Awards and voted the #4 DC jazz album of the year by Capitalbop.

Stephen Arnold is a bassist, composer, producer, and arranger living in Washington, DC. Known for his open ears, earnest expression, and unique musical voice, he has quickly become one of the region’s most in-demand upright and electric bassists. Hailing from Greenfield, MA, Stephen’s earliest connection to jazz comes from listening to NEPR’s Jazz à la Mode radio program, which his father would put on every night before bed. Stephen studied music at George Washington University with Herman Burney Jr., who continues to be an important teacher, role model, and mentor. In 2018 he was selected for Betty Carter’s Jazz Ahead program at the Kennedy Center. Stephen can be found playing regularly throughout the DMV with artists such as Sharón Clark, Brian Settles, Dana Hawkins, Fran Vielma, Elijah Easton, and Steve Washington, and is featured on studio recordings by ¡FIASCO! and The New World, as well as Sarah Marie Hughes, Nik Francis, and Aaron Myers.

"One of the District of Columbia’s breakout artists of the moment is undoubtedly Steve Arnold. The young bassist has very quickly become one of the most in demand on the scene, and he plays with aplomb and with dexterity in seemingly every style.” - Michael J. West, Washington City Paper

"Stephen Arnold is already known as one of the most versatile bassists and side musicians on the D.C. jazz scene. His debut album as a bandleader, Sea Change, with his band of the same name, proves that he may be one of the city’s most imaginative composers too." - Jackson Sinnenberg, Capitalbop

“The album features an array of eclectic instruments and thoughtful songs that cohere seamlessly into a beautiful whole.... Arnold and his collective set a wistful-yet-hopeful tone on Sea Change, one sure to bring a little light to a decisively grey moment in our country’s history…. Much of the album echoes that same ambiguous yet calming aura, leaving the listener to conjure a meaning to each tune specific to themselves. In times as tumultuous as these, Sea Change offers a much needed deep breath." - Sadie Gronigan, Capitalbop