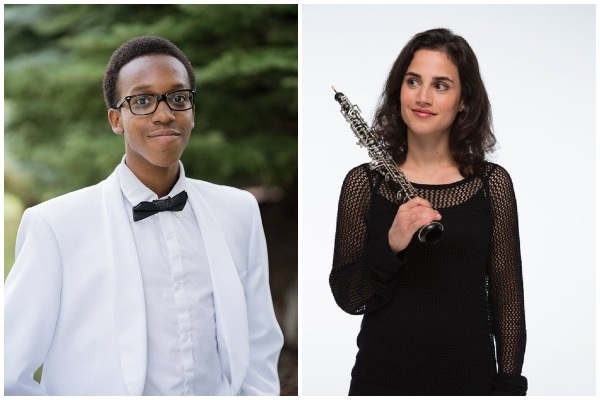 Recoding of their performance on 3/5/22

Mekhi Gladden is an oboist and English hornist from Atlanta, Georgia who is currently based in Philadelphia. Mekhi has attended the Aspen Music Festival and performed with the Atlanta Symphony Orchestra, Princeton Symphony Orchestra, and Symphony In C. After winning first prize in the Eric Varner Young Artist Competition in 2021, he attended the Brevard Summer Music Institute where he won the Jan and Beattie Wood Concerto Competition. He is entering his fifth year at the Curtis Institute of Music under the tutelage of Richard Woodhams. Mekhi began studying oboe at age twelve before entering the Talent Development Program at age fifteen. He then studied with Emily Brebach, English horn of the Atlanta Symphony Orchestra. During his time at Curtis, Mekhi has also worked to further diversity, equity, and inclusive excellence in classical music through his performance and advocacy.