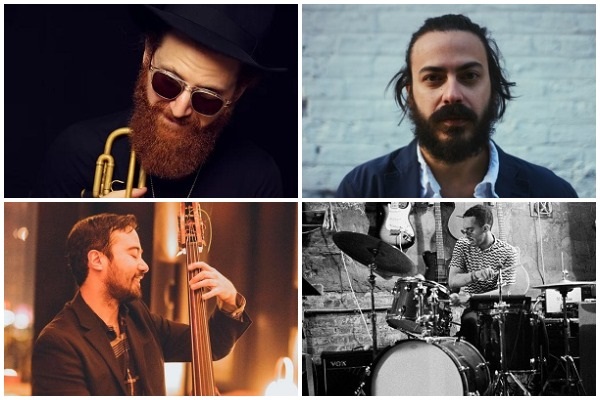 Recording of their performance on 6/14/21

Trumpeter and composer Michael Sarian has been praised for his "unique compositional and instrumental voice... reminiscent of [his] lyrical contemporaries such as Ralph Alessi, Ambrose Akinmusire or Avishai Cohen...certainly deserving of a large audience and much recognition." (Friedrich Kunzmann, All About Jazz)

The group's album, New Aurora, is mostly original compositions inspired by artists such as Tomasz Sta?ko, Paul Motian, and Enrico Rava. It was released on September 4th with ears&eyes Records. Hear the music at https://bit.ly/36Ho6pL, and can check videos on their YouTube playlist: https://youtube.com/playlist?list=PLrfxFU_6TsNYVJPMi8Pkt4Re9pgCjk70p