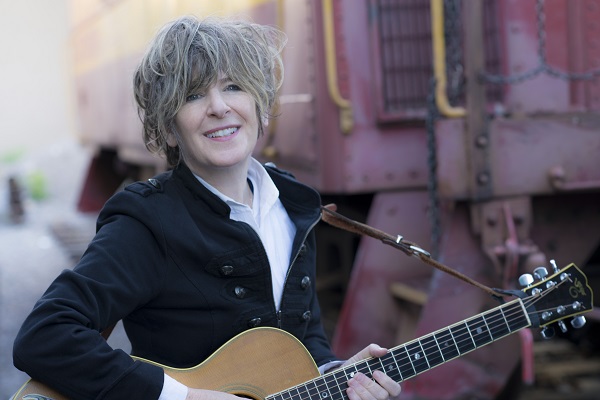 This is a recording of their live performance on our stage on March 14, 2021

A celebration of Women's History Month

SONiA disappear fear released both a career-spanning retrospective album (Love Out Loud) and the composer's cut of her first musical (Small House No Secrets, first-round Grammy entry Best Musical Theater Album) in 2020. Her previous studio album was her highly anticipated 19th CD By My Silence in January 2019. Currently, SDF has 21 award-winning CDs including first-round Grammy entries. "Her songs are a vivid celebration of the human spirit in all its infinite manifestations," writes Don Kening-Chicago Daily Herald, "her music has a singular sound that makes labeling and categorizing a waste of time."

SONiA Rutstein is a world-class composer and artist. Her awards include 6 GLAMAs and one being Female Artist of the Year, GLAAD (Gay and Lesbian American Anti Defamation) Award for Best Album (previous recipient Elton John), Coin Of Honor from a joint coalition of the United States Military for her humanitarian efforts and (2017) Spirit of Folk Music Award from Folk Alliance International. SONiA's talent of writing in a variety of genres and languages has garnered her a vast following worldwide. SONiA’s double CD "LIVE at MAXiMAL" was in the first round running Grammy for Folk Album of the Year. Looking at her touring schedule past and future one can trace decades of dedication to various humanitarian and animal rights' causes.

From the Sydney Opera House to the Kerrville Folk Festival and a bomb shelter in the Negev, SONiA has shared stages and caves with many of her heroes; Pete Seeger, Joan Baez, Nickel Creek, Green Day, Emmylou Harris, GEORGE, John Fullbright, Sheryl Crow, Lucinda Williams, Joan Jett, Bruce Springsteen at the Light of Day Benefit concert(2014), toured and recorded with Indigo Girls. She is honored to be endorsed by 7 international manufacturers including the SONiA Signature Model of Santa Cruz Guitar Company, Shubb Capos, Fishman Transducers, D'Addarrio, and John Pearse Strings.

"The honesty of her songs touches the hearts and minds of people from a wide spectrum of social and ethnic backgrounds who share a positive world vision", says Rounder Records.  SONiA has performed in 20 countries, most recently in Australia in December 2019 - early 2020 for the Woodford Folk Festival and Illawarra Music Festival and other tour dates. SONiA hopes to return to Germany for a full tour in the fall of 2021.