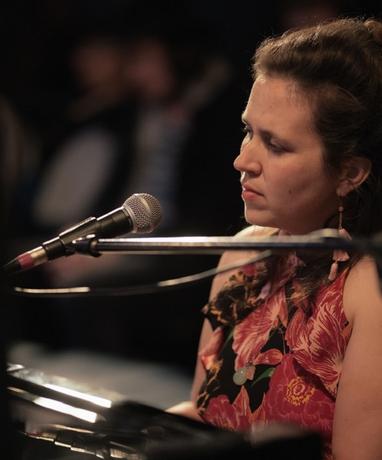 This is a recording of her live performance on March 22, 2021

Amy K Bormet is a pianist, vocalist, and composer, known for her fearless free-wheeling style and dedication to creating new music. To collaborate with and celebrate women musicians, she started the annual Washington Women in Jazz Festival in 2011, directing, financing, and performing in an annual festival and women-focused events throughout the year in the DC area.

She has formed several ensembles to perform and record her compositions. Los Angeles-based quintet, Amy Ana, co-led with Brazilian drummer Ana Barreiro, released their debut album and toured Brazil in 2019, and will perform an east coast tour in Spring 2021. The Harold Trio, an instant composition ensemble with Tina Raymond, drums and Biggi Vinkeloe, saxophone/flute, released their second album, Open Secrets, in 2019. Her quintet, Ephemera, a project of women's poetry and improvisation, recently performed a two-week tour of Sweden.

Amy's recordings are available through Strange Woman Records, which she co-owns with guitarist/producer and husband Dr. Matt Dievendorf.

As an educator and a mentor, Amy K Bormet amplifies her performance tours with outreach masterclasses and workshops, most recently at the Thailand International Jazz Conference (Mahidol University, January 2020) and Los Angeles City College (February 2020). She is a teaching artist, collaborating with the Kennedy Center's new programming at the REACH to present and perform with her trio "the future of jazz is female" for middle school students.

She continues to serve as a mentor, teaching at the summer program for the Washington Jazz Arts Institute, where she has participated since she was a high school student at Duke Ellington School of the Arts. She received her Jazz Studies Piano Performance BFA from the University of Michigan, where she serves on the alumni board of the School of Music, Theatre, and Dance. Inspired by her University of Michigan professor Geri Allen, Amy went to Howard University, and graduated with a MFA in Jazz Studies. She continues to be involved with HU, presenting masterclasses and workshops to students and interviewing Howard University Alumni and students on her radio show.

As her performance career develops, Amy focuses more on presenting her newest compositions. She began to write orchestral music in 2013 as a part of the Jazz Composer's Orchestra Institute (American Composer's Orchestra) and premiered several new pieces with her quartet and the Capital City Symphony in February 2017. Her trio and string quartet debuted two sets of new music at the Smithsonian American Art Museum in March 2016. She wrote and performed music for two residencies at the Kennedy Center; Betty Carter's Jazz Ahead for composer/performers and the Mary Lou Williams Emerging Artist Showcase. 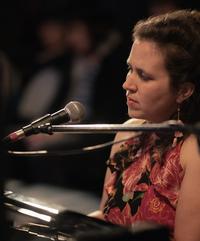