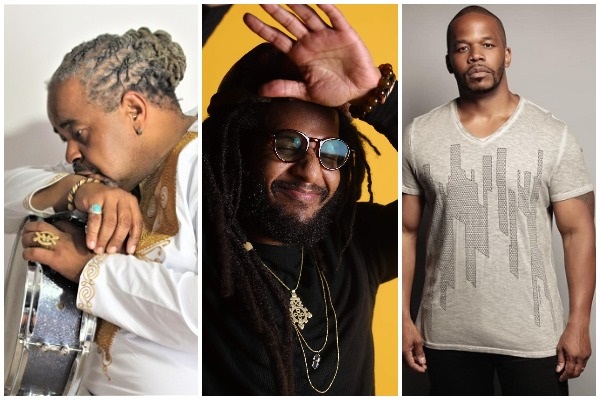 This is a recording of their live-streamed concert from our stage on Feb. 12, 2012.

Three bandleaders, composers, educators and members of many rhythm sections (jazz, Latin, pop, blues, classical and more) unite for an evening of music and sound. These gentlemen pay tribute to the foundation of all music: Rhythm. An array of percussion instruments will be used to make a joyful noise and improvisation.

Warren Wolf is a multi-instrumentalist from Baltimore. From the young age of three, Warren has been trained on the vibraphone/marimba, drums and piano. Under the guidance of his father Warren Wolf Sr., Warren has a deep background in all genres of music.

Warren attended the Peabody Preparatory studying classical music, and he attended Baltimore School for the Arts, studying with current BSO member John Locke. After graduating from Baltimore School for the Arts in 1997, Warren enrolled at Berklee College of Music in Boston. At Berklee, Warren studied with Caribbean Jazz Vibraphonist Dave Samuels for seven of eight semesters. One semester was spent with vibist Ed Saindon. Warren began to explore deeper into jazz.