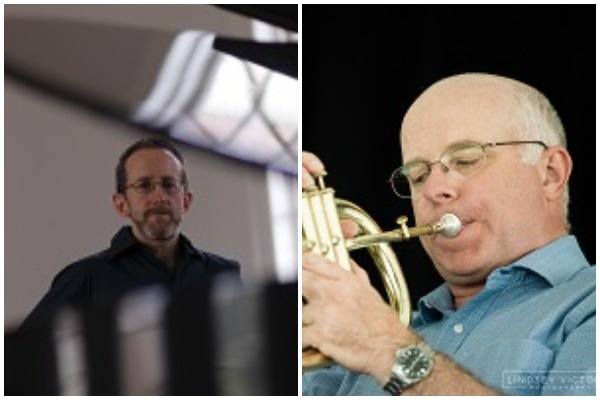 This is a recording of their live streaming concert from our stage on Jan. 24, 2021

One of the Washington, DC area's most in-demand jazz artists, pianist and educator Harry Appelman has performed on concert stages on five continents. He has been chosen three times to participate in U.S. State Department music tours overseas, and has also performed in Egypt with the Smithsonian Jazz Masterworks Orchestra and the Todd Marcus Quartet, at the Festival Gnaouas et Musiques du Monde in Essaouira, Morocco and the Montreux Jazz Festival in Switzerland. Mr. Appelman was a member of Afro Bop Alliance, winners of a 2008 Latin Grammy, and he contributed several arrangements to the group's recordings.  He has also played with many of the other greats on today's jazz scene, including Eddie Daniels, Gary Thomas, Drew Gress, George Garzone, Jerry Bergonzi, Jim Snidero, Brian Lynch, Don Braden, and Walt Weiskopf, among others.  A two-time recipient of Maryland State Arts Council Awards for composition (in 2012 and 2018), he was also a prizewinner in the 1988 Thelonious Monk International Jazz Piano Competition and the 1989 Great American Jazz Piano Competition.

Trumpeter/Composer Dave Ballou can be heard in a variety of settings; from solo trumpet improvisations to large ensembles. His recordings can be found on the Steeplechase, CleanFeed and pfMentum record labels.  Ballou has performed or recorded with Rabih Abou-Kahlil, Steely Dan, Michael Formanek, Mary Halvorson, Woody Herman, Andrew Hill, John Hollenbeck, Sheila Jordan, Oliver Lake, Dave Liebman, Dewey Redman, Maria Schneider and Gunther Schuller.
His compositions have been performed and recorded by the Meridian Arts Ensemble, Trumpeter Jon Nelson, French hornist Adam Unsworth, Saxophonist Ellery Eskelin and the TILT Brass Ensemble. Ballou is a Professor of Music at Towson University and Division Leader of the Jazz and Commercial Music Division. He is the founding director of the Bill and Helen Murray Jazz Residency.