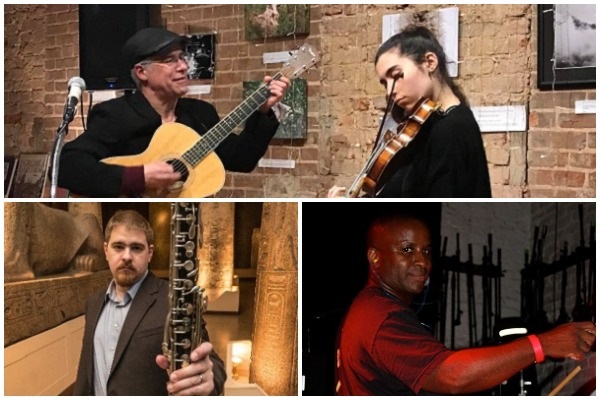 Violinist Rebekah Geller and her dad, Michael Raitzyk, have been playing music together for many years.

Rebekah is a 6-year member of the Baltimore Symphony Youth Orchestra and a member of the Park School Jazz ensemble. She has toured around the USA  playing Contra dances with the Organic Family Band and was an occasional special guest with the now-defunct Charm City Klezmer.

Michael has been playing guitar for over 50 years. He has four recordings out as a leader and over 20 as a side guy. A long time regular on the Baltimore Jazz scene, he has played with just about everyone around here, including, Greg Hatza, Eric Kennedy, Jeff Reed, Amy Shook, Karla Chisholm, Gene Walker, Marianne Metheny-Katz, Alan Blackman, Darious Scott, Jesse Moody, John Lampkin, Todd Marcus, Whit Williams, Rashid Yaya, Sir Thomas Hurley, and Seth Kibel. Michael was a founding member of Charm City Klezmer, with a highlight performance at the Kennedy Center in 2000. Charm City Klezmer was also recorded on the Tzadik label recording entitled “A Night At The Winery”.