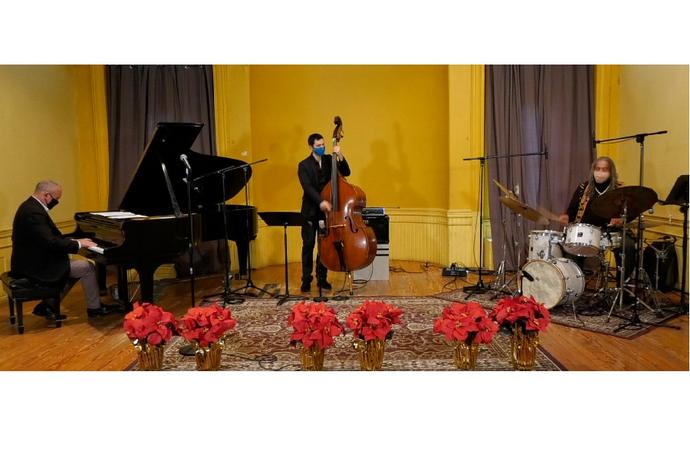 Greg began his musical adventures in 1971 with the Ray-Fisk Grammar School Band in Chicago. His classical studies began that year with Lucia Santini at Roosevelt University. From 1980 to 1984, he played with the jazz/funk band Lightning Flash Thunder Roar, The University of Illinois at Chicago Big Band, The Northern Illinois University Big Band, and other local Chicago bands.

A 1984 jazz study grant from the National Endowment for the Arts gave Greg the opportunity to study in New Orleans with eminent pianist and jazz educator, Ellis Marsalis. He remained there recording and performing with The New Orleans Jazz Couriers, Percussion Incorporated, and his own group, The Fusicians. He moved to New York in 1987 and began a long association with multi-directional drummer, Rashied Ali, until Rashied passed away in 2009.

Greg worked in New York with Ornette Coleman and in France with Carlos Santana and Archie Shepp. In 2012, he recorded the theme song “Brother, Can You Spare a Dime?” for the Emmy winning HBO documentary, Redemption. “Bright Idea,” his latest critically acclaimed CD (featuring Jeff “Tain” Watts) was #1 on the JazzWeek charts in February and March 2019.

Described as a musician with “wit, soul and an organic-sounding complexity that only a master can pull off” (Giovanni Russonello; CapitalBop, New York Times), Blake Meister has performed around the world with a range of virtuoso musicians. Touring and recording with Larry Willis, in his Heavy Blue band, Blake developed in the modern jazz tradition. He appears on Willis’ final outing, I Fall in Love Too Easily, on HighNote records. Blake honed his style and musical dialect working regularly with Gary Thomas, including Thomas’s large ensemble, Pariah’s Pariahs. He appears on Thomas’s album At Risk, on Inner Circle Music, for which he also wrote the liner notes.

Also on Inner Circle, Blake released his debut as a leader, Septagon, to critical acclaim. Both CapitalBop and the Washington City Paper named it Album of the Year. He is a regular member of the Baltimore Jazz Collective, with trumpeter Sean Jones. He is a bassist for the American Studio Orchestra (a multi-media ensemble) and has been a member of several traditional orchestras.

Meister served on the faculty of the Peabody Conservatory of Music for a decade. He also served on faculty and as program director for the Peabody Preparatory, where he founded a robust, productive jazz department.

Baltimore native Eric Kennedy is a drummer, vocalist, percussionist, educator and composer. Eric’s introduction to all styles of music and early music training was initiated by his musical relatives, who also cultivated his love of jazz. Eric continued his arts education at the Baltimore School for the Arts, studying classical percussion and voice with Baltimore Symphony Orchestra percussionist John Locke, Donna Di Stefano and the late Dr. Nathan Carter, and Ms. Jewel Churn of Frederick Douglass High School.