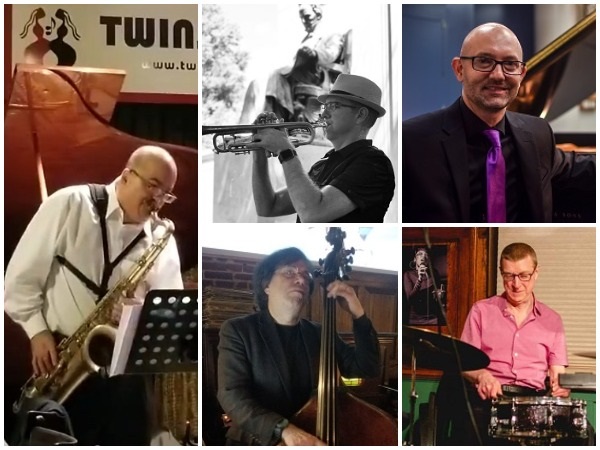 Playing standards from the Hard Bop era as well as originals. A great and rare occasion to see a  trumpet/sax quintet, just like the Blue Note records from the 1960's.

Grant Izmirlian, a native of St. Louis, Mo, began piano at age 5 and studied tenor saxophone with Paul Demarinis, chair of Jazz Studies at Webster University. After receiving his Ph.D. in math and moving to the DC area to be a professional biostatistician in 1999, he’s been a fixture on the DC jazz scene, at the weekly jam at One Step Down and then Columbia Station, having the good fortune of gigging with luminaries such as Butch Warren, Peter Edelman, Webster Young, Knud Jensen and Steve Novosel.

Franklin Wade studied Music and Computer Science at UMD. He is a DC area based Jazztrumpeter. He currenly plays trumpet with the Foggy Bottom Whomp-Stompers, Red Planet B as well as principal trumpet with the NIH Philharmonia.
Howie has played piano and sung up and down the East Coast of the United States. Residing in Washington DC for the last 25 years, he has performed solo, in jazz combos, occasional NewOrleans and blues bands, and numerous big bands in the metro region.

Chris Stiles arrived on the Washington, DC music scene in early 2018. He has performed with many luminaries, including The Temptations. While living in Asia for 10 years, he co-founded and wrote music for the Dragon Jazz Quartet, touring regularly across China,Taiwan, Hong Kong, and Singapore with some of Asia’s biggest stars including Stefanie Sun, and Karen Mok. Chris studied music at Arizona State University with Chuck Marohnic, as well as award-winning Chicago pianist Michael Kocour.

Bassist Phil Ravita is a professional musician who workis in the DC to New York Area. He is an instructor in the music departments at Mount St. Mary's University, Prince Georges Community College, and the College of Southern Maryland

Born in Alexandria, Jim West studied at Berklee School of Music, playing drums piano and Hammond B3 organ. He has played professionally in the Washington area for over 20 years with the area’s jazz luminaries. He’s been the house drummer at the Columbia Station Jazz Jam for the past 15 years and is not surprisingly among the top first call bebop/swing drummers on the East Coast. 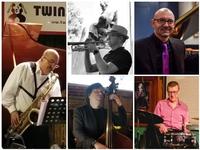