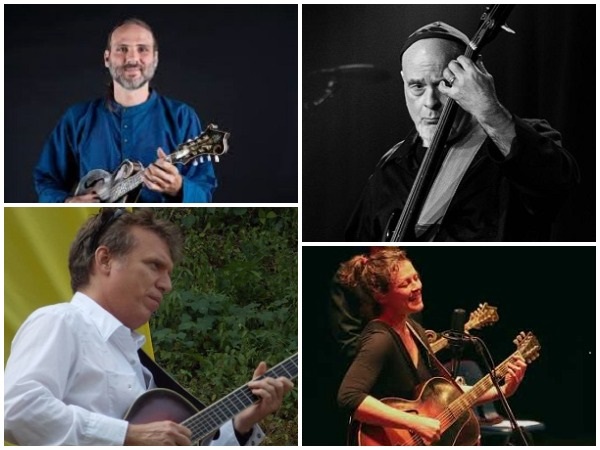 An Evening of Swing Music

Danny Knicely draws from a wide range of influences such as the Appalachian Folk Music of his youth, Swing, Jazz, Funk and various types of World Music he’s encountered. He has shared his music and collaborated with musicians in over a dozen countries spanning four continents including US State Department tours in Russia, Tunisia, Morocco and Cabo Verde. He has been recognized as a Master Artist by his home state of Virginia and has twice been a mentor in Strathmore Music Center's prestigious Young Artists in Residence Program.

John Previti is known for his 18-year stint with the amazing guitar master, Danny Gatton, and has performed with many other top guitarists such as Les Paul, Herb Ellis and Charlie Byrd.

Aimee Curl has an unmistakable voice distinct with emotion and sincerity evoking the essence of the greatest singers in Jazz and Folk music. 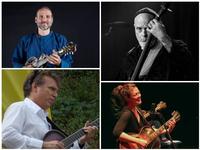