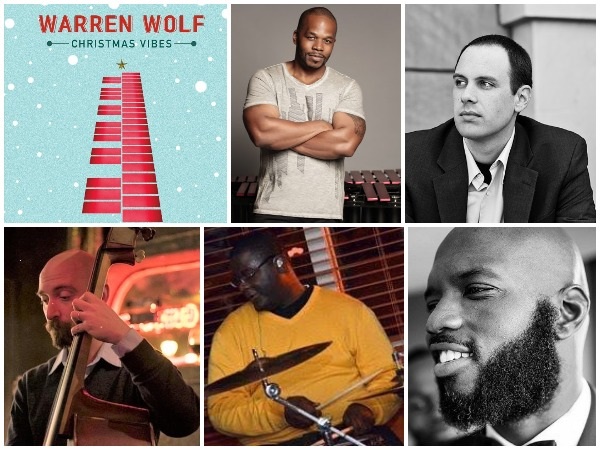 There’s no shortage of Christmas music out there that can evoke the holiday spirit. But it takes a master of groove and swing like Warren Wolf to conjure a true feeling of Christmas Vibes. On his new album, the vibraphone great and father of five offers an album of jazzy Yuletide cheer sure to provide the ideal soundtrack to the season for the hippest families on the block.

Due out September 18 via Mack Avenue Records, Christmas Vibes presents Wolf’s interpretation of some perennial favorites (“O Christmas Tree,” “Winter Wonderland”) alongside left-field choices (“Happy Xmas (War Is Over),” “You’re a Mean One, Mr. Grinch”) and a new original song that captures the loving but hectic atmosphere of the Wolf house at Christmas. Carrying on in the R&B and gospel-tinged style of Wolf’s most recent Mack Avenue release, Reincarnation, the album offers a unique, soulful twist on Christmas caroling.

In making his own contribution to the Christmas song tradition, Wolf decided to again stick close to home and family. “The night before Christmas at my house is always hectic,” he says. “My kids like to stay up late, playing and running around, yelling that Santa Claus is coming in the morning. They don’t go to bed until 10 or 11 o’clock, and then my wife, her best friend and I stay downstairs wrapping presents for the next two or three hours. Then first thing in the morning my kids go nuts all over again, jumping all over everybody. Let’s just say we wake up to lots of love.”

The album features classic carols, offbeat pop songs and an original addition to the Christmas Canon

Whether you’re wrapping gifts on Christmas Eve, drinking eggnog around the tree, or scouring the web for shopping deals, Christmas Vibes provides more than good cheer and glad tidings – it sets the vibe for a happy holiday. 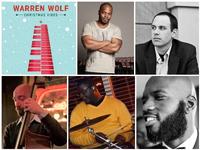