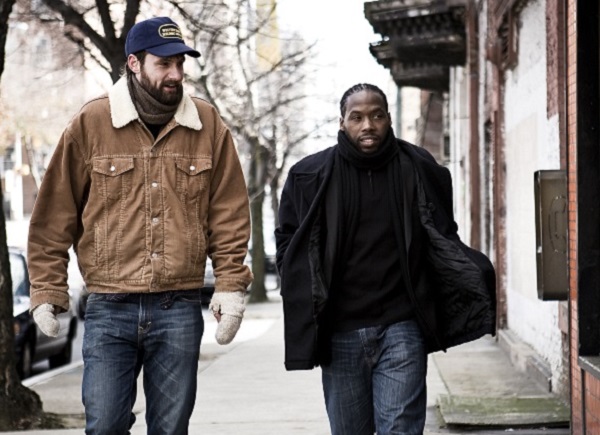 **This is access to a recording of their live performance on our stage on August 6, 2020.**

In early 2008, Sam Sessa (WTMD) had an outlandish idea: take two Baltimore musicians who had never heard of each other, pair them up and force them to write four original songs in six weeks.  The two musicians he picked couldn't have come from more different backgrounds.  Caleb Stine was an Americana singer/songwriter, Saleem an MC who liked vintage hip-hop. But the songs they wrote quickly displayed a creative kinship that has resulted in a full album, multiple performances, and a long friendship.  Accompanied by just an acoustic guitar, the duo weave their voices together and prove that Folk and Rap boil down to the same essence: authentic stories.  One of their first songs 'Baltimore' became a radio favorite, was used on CNN, and spurred a mobile mural that was displayed at Penn Station.

Catch these two friends performing their passionate and personal songs about struggle, survival, and hope.