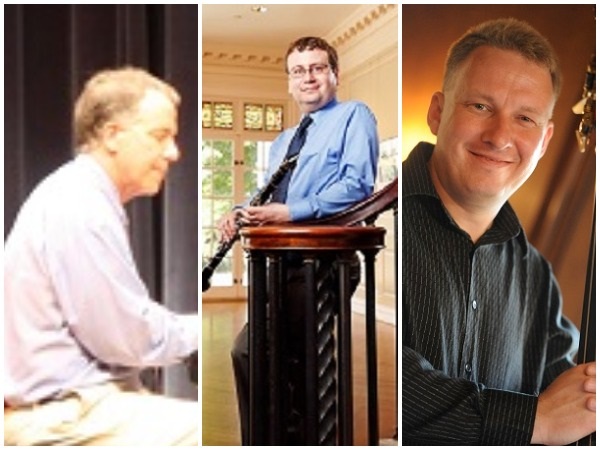 Seth, Sean, and Bob will attempt to break the doldrums of quarantine with an exciting concert of upbeat jazz, swing, and Jewish klezmer music.  Expect the music of Duke Ellington, The Brothers Gershwin, Benny Goodman, and more to brighten your evening as they bring the joy of live music in one of Baltimore's premier music venues into the comfort of your home.  Pants are optional!  (For viewers.  The musicians will most definitely be wearing pants.)

Seth Kibel is one of the Mid-Atlantic's premier woodwind specialists, working with some of the best bands in jazz, swing, and more.  Wowing audiences on saxophone, clarinet, and flute, Seth has made a name for himself in the Washington/Baltimore region, and beyond.  He is the featured performer with The Alexandria Kleztet, Bay Jazz Project, Music Pilgrim Trio, The Natty Beaux, and more.  Winner of 28 Washington Area Music Awards (Wammies), including "Best World Music Instrumentalist" (2003-11) and "Best Jazz Instrumentalist" (2005, 2007-8, 2011-14).

Sean Lane has been described as "a pianist of remarkable lyricism and sensitivity," "a gifted composer", and he and his band have been nominated "Best Jazz Duo-Group" multiple times by the Washington Area Music Association.

Bob Abbott regularly performs with The Kleztet, Bay Jazz Project , Susan Jones, Seth Kibel, Big Band Caliente, and Vladimir Fridman. In 2011 he had the honor of traveling and performing in Croatia and was a guest musician and judge at the Zagreb Guitar Show and 2014 as a clinician and featured performer at the 2nd Annual River Jazz Festival in Croatia. Bob has performed with the late Ruby Glover, tenor sax legend Buck Hill, clinician and alto great Ron Kearns, and  recorded with NYC session player Jim Snidero. Bob is an endorsed artist for JanAid Basses, GuitarStrap.It, Acme Bass Speakers & Guardian Pro Cables. 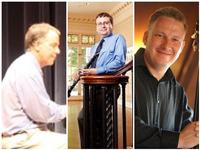