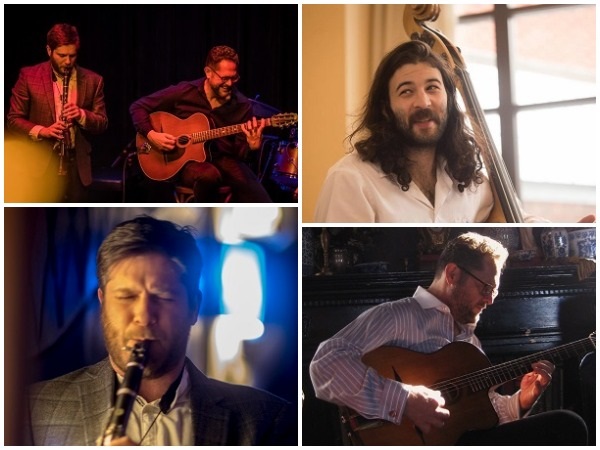 Hot Club of Baltimore, led by acclaimed guitarist Michael Joseph Harris, has become one of the top bands in the country performing the repertoire of Django Reinhardt and traditional swing music. On Friday September 18, they combine forces with friends from Hot Club of Saratoga to bring you a truly inspiring night of music hosted by An die Musik featuring one of the top clarinetists on the scene, Jonathan Greene. Dylan Perillo, also from HC Saratoga, joins on bass and vocals. As usual, Harris will be featured on lead guitar with Kristoffer Belgica on rhythm guitar.

The inspiring style of swing music known as "Le Jazz Hot" began in 1934 with Quintette du Hot Club de France led by legendary guitarist Django Reinhardt and violinist Stephane Grappelli. Many other "hot clubs" formed all over the world and a genre of music was born known as "Gypsy Jazz" combining traditional swing music, be-bop, musette, Gypsy music and latin jazz. Band leader Michael Joseph Harris has become an ambassador of this style since 2012 as founder of the Hot Club of Baltimore, Ultrafaux Ensemble, and Charm City Django Jazz Fest, bringing top musicians from all over the world to perform in Baltimore. 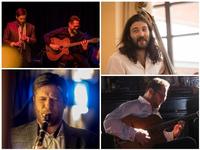