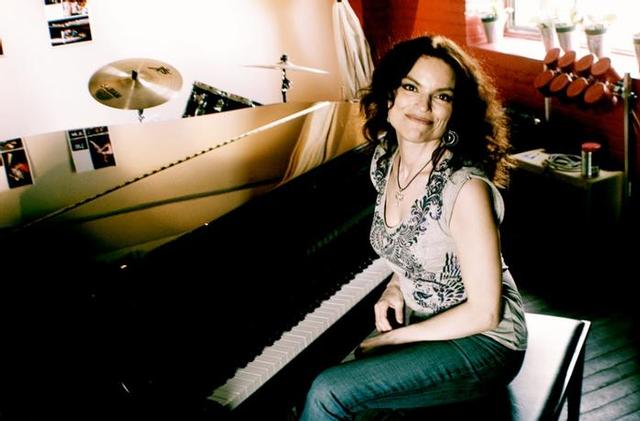 Roberta’s 1st CD, EASY TO LOVE, was nominated for a GRAMMY Award as was her 3rd, SO IN LOVE, which was also awarded the Grand Prix du Jazz Vocal 2009, by the JAZZ ACADEMY of France. She was twice named the “Female Jazz Singer of the Year” by The Jazz Journalists Association 2007 & 2009.  One of the most important Music figures of the 20th century; the late BENNY CARTER, cited Roberta as his Favorite Singer.  In 2008 Roberta recorded a Superb Duet album titled YOU ARE THERE with the Legendary pianist HANK JONES. Mr. Jones- who accompanied most of the celebrated vocalists of 20th Century, such as Ella Fitzgerald, Sarah Vaughan, Frank Sinatra, Peggy Lee, Carmen McRae, Nat King Cole – declared Roberta Gambarini “THE BEST SINGER TO EMERGE IN THE LAST 60 YEARS”

Every once in a while, a TRULY GREAT singer comes along, who possesses the Beauty, Individuality, and talent to remind us, once again of the magical majesty of the human voice. ( Without the aid of todays Technological Tricks. !!!! ) That singer is ROBERTA GAMBARINI

“She is a vocal virtuoso, and nearly everything about her singing is perfect - her intonation, her ear for harmony, her vocal tone, her time. So too is her taste.” (The New York Sun)

“... a singer whom musicians have long known as one of the greats...breathtaking.” (Michael Brecker)

“Roberta is one of the greatest singers of all time!” (Paquito D'Rivera)