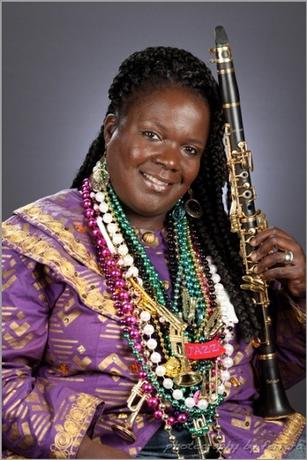 Are you ready to party? Wherever Doreen’s Jazz New Orleans brings its music, the result is a happy, wonderful musical party. This is not the same old New Orleans Jazz Band. This is the head turnin’, foot stompin’, hand clappin’, voice shoutin’ and leg dancin’ high spirited and extremely talented Doreen’s Jazz New Orleans! Doreen and her band bring the best of New Orleans to every performance. Doreen is famous for playing on the streets of New Orleans, however she and her band have traveled the world, performing their joyful, energetic original and soulful New Orleans jazz in 46 states and 24 countries, always to rave reviews. In addition to having performed for four US presidents, Doreen’s Jazz has represented the United States on several occasions by teaching and performing for Dignitaries and Royalty in other countries. The band has performed in numerous radio and television shows, national commercials, music videos and movies.

Doreen’s Jazz has managed to establish a stellar reputation, with millions of fans around the world and Internet fame with viral videos reaching over sixty-five million views! The band has also recorded 27 CD’s & 3 DVD’s displaying its incredible musical abilities. Doreen’s Jazz spreads the culture of New Orleans around the world. All of this and more through God’s gift from the streets of New Orleans.

We are Doreen's Jazz New Orleans, "The Show Stealers" we are a group whose interest lies in spreading the culture and traditional music of New Orleans all over the world through performance and education. 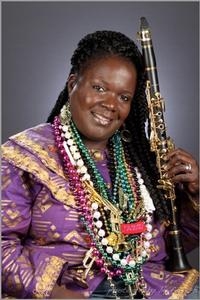