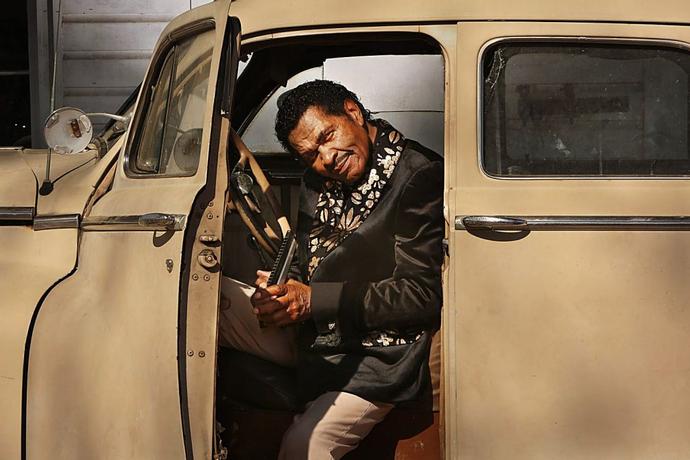 After decades of tearing up the chitlin’ circuit on a nightly basis with his sweaty, no-holds-barred funkfests, Bobby has thoroughly broken through to the mainstream. He won a long-overdue 2017 Grammy for his spectacular album Porcupine Meat and consistently tours the globe as a headliner. What’s more, Bobby’s brand-new album Sitting on Top of the Blues on his own Deep Rush imprint (distributed by Thirty Tigers) promises to further spread the news that this revered legend, well past 80 years of age even if his stratospheric energy level belies the calendar, is bigger and badder and bolder than ever.

Bobby’s performance itinerary has encompassed some of the biggest music festivals around the world, from Chaifetz Arena in St. Louis to Byron Bay Bluesfest in Australia, countless European engagements, the Fuji Rock Festival in Japan, and closer to home, Bonaroo and the New Orleans Jazz & Heritage Festival. Rush was the first bluesman to perform at the Great Wall of China, attracting an audience of more than 40,000 and earning him the title of “China's Ambassador of the Blues.”

Even as streaming and shifting technological trends transform the recording industry, Sitting on Top of the Blues is certain to extend his winning streak. “Records ain’t selling like they used to, but nevertheless you have to keep going to the grinding mill to get corn ground,” says the Blues Hall of Famer. “You can’t make a hit record. You do the best you can and hope it’ll be a hit.” Make no mistake: Bobby’s once again at his very best on Sitting on Top of the Blues.

Bobby Rush, a Louisiana native who lived for decades in Chicago, earned the title “king of the chitlin circuit” after relocating to Jackson in the early 1980s. Rush's distinctive “folk funk” style, featured on his recordings for the Jackson-based LaJam label and others, bridged the blues he heard as a youth and modern soul music. His upbeat and often provocative live shows established him as a favorite among southern soul and blues audiences and later brought him international acclaim.